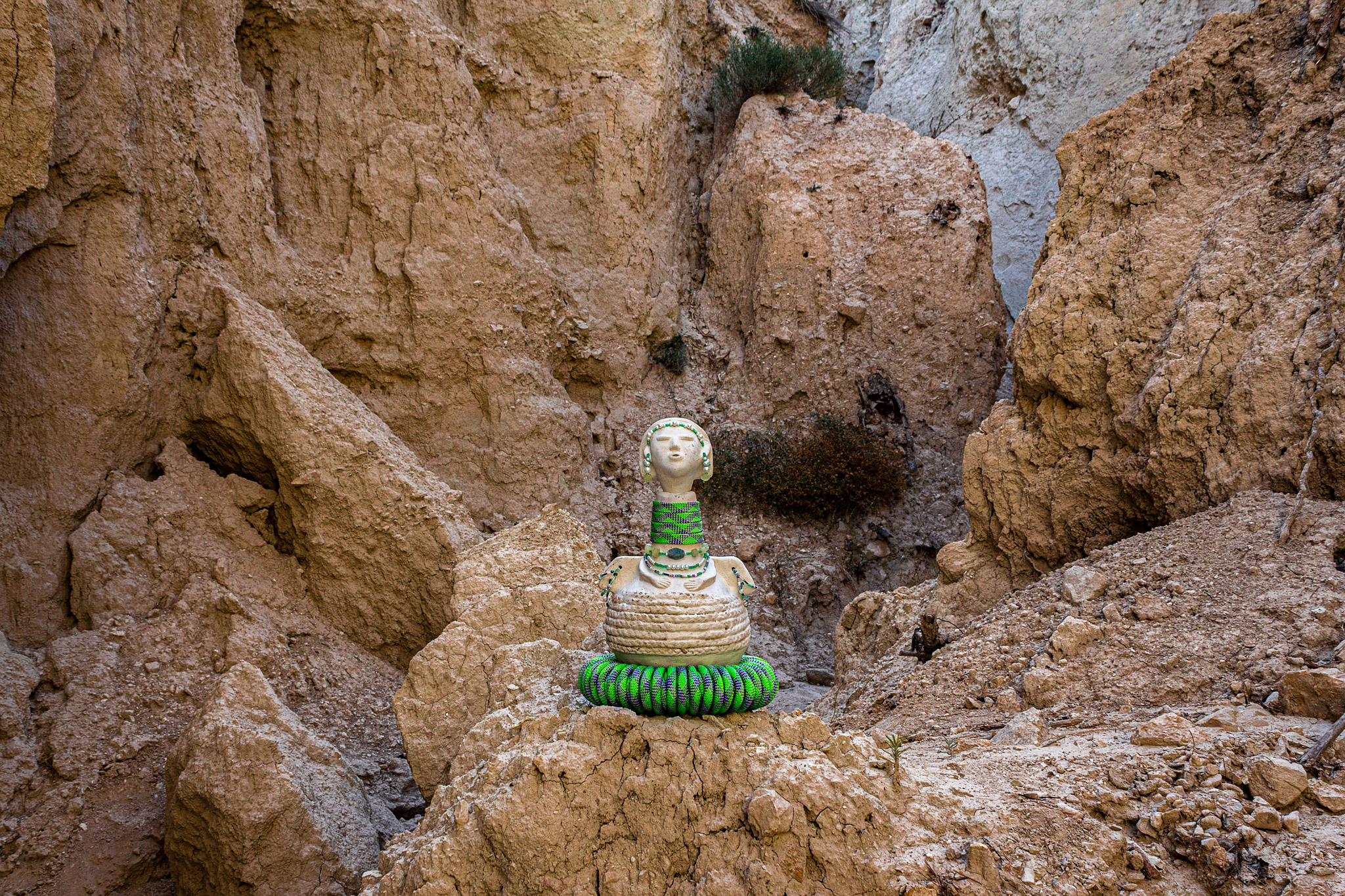 Salud y Pesetas is a new series of works that inspired by ancient Iberian archaeological artefacts, their findings and forgeries, unravel potential reinterpretations of ritual power, identity and cultural appropriation. Through these new artworks I want to explore the role that materiality plays in the negotiation and production of authenticity, myth and place. 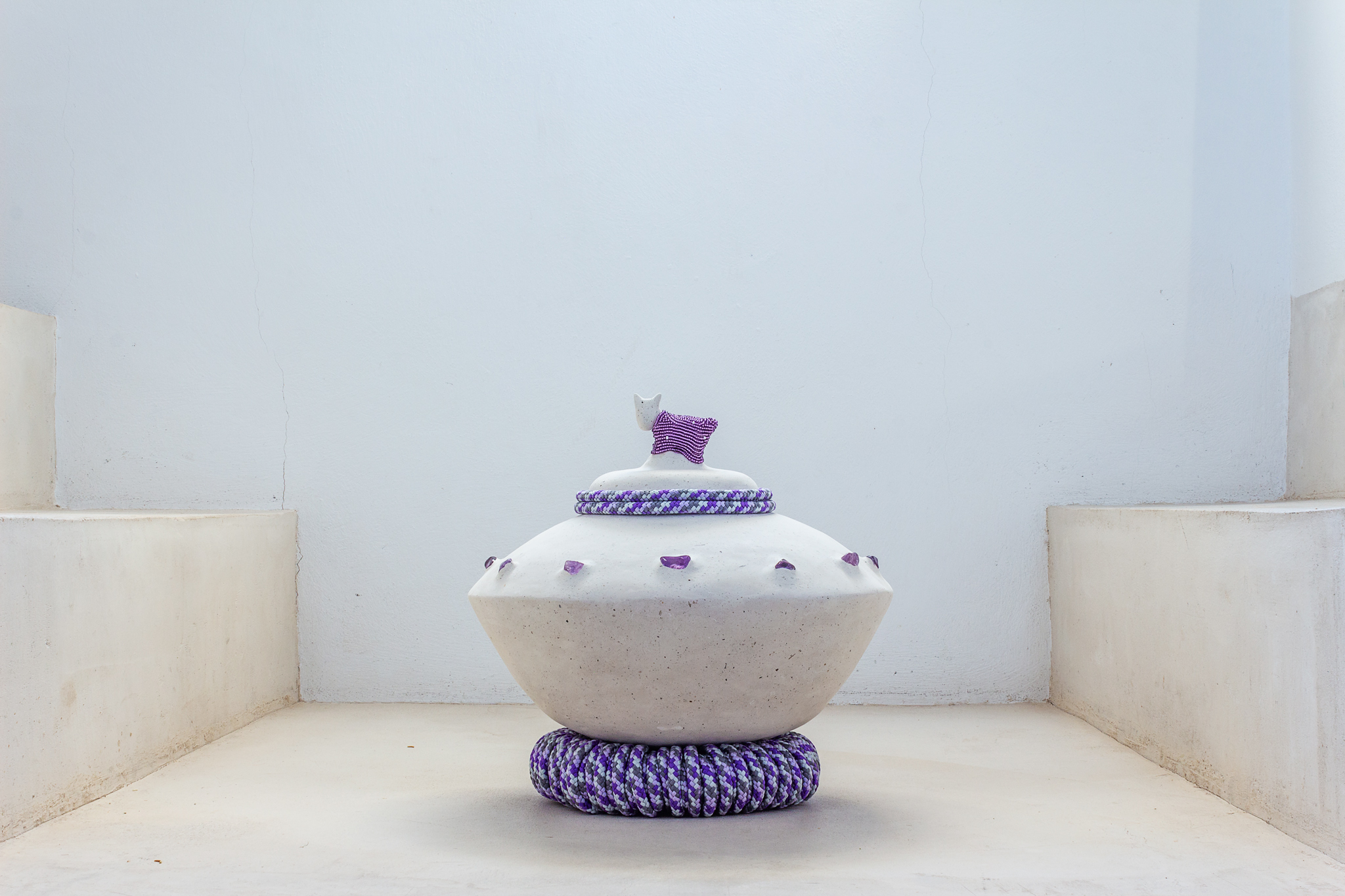 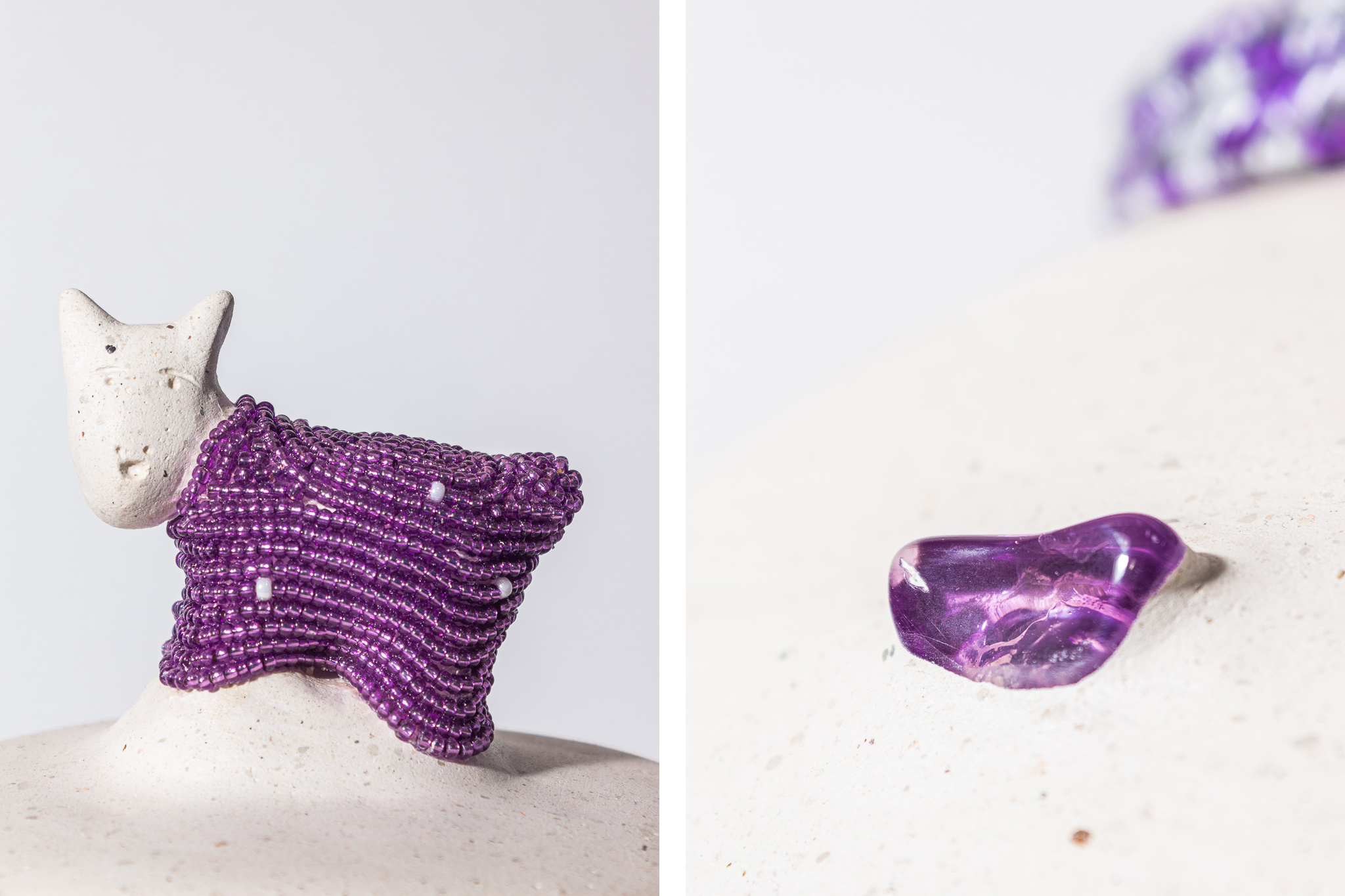 Created during a residency at JOYA: AiR —an off-the-grid rural farm in the heart of the Sierra María-Los Vélez Natural Park Almería, Spain— these vessels call upon ancestral spiritual practices in the Iberian Peninsula. They feature fantastic, strange-looking decorations, figures and symbols crafted with local clay, esparto grass and colourful contemporary materials such as climbing rope, glass beads and pearls. The outcome is a series of mysterious objects where the boundaries between container and human/non human beings are often blurred. The vessels, modest in size but bold in appearance, render a non-tangible vital force partially visible; they seem to talk to us about an intimate knowledge that speaks of regeneration and transformation, linking all forms of life together. Created in a land threatened by abandonment and desertification, these objects acknowledge this remarkable ecosystem and the larger-than-human dimension that defines it. 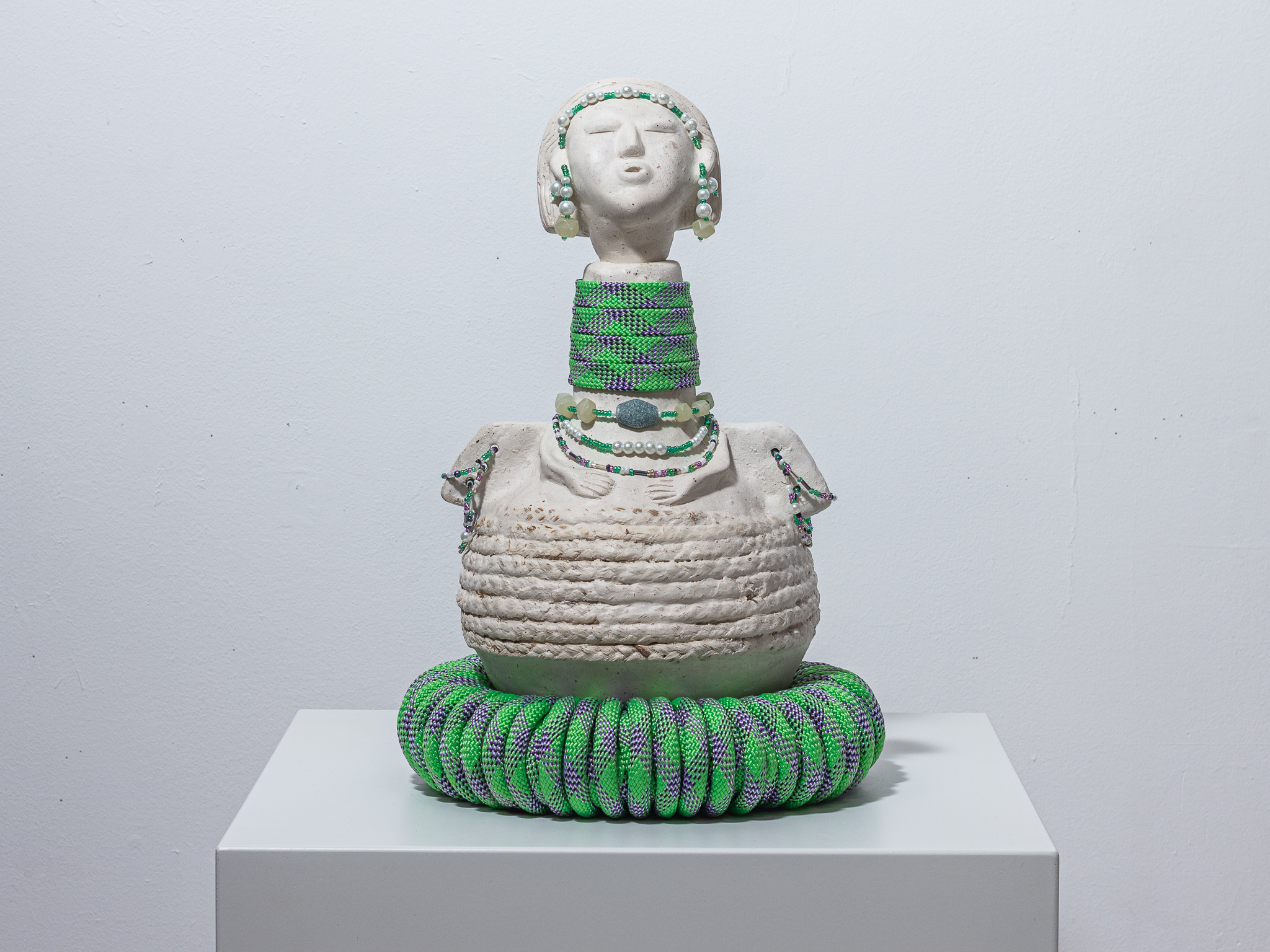 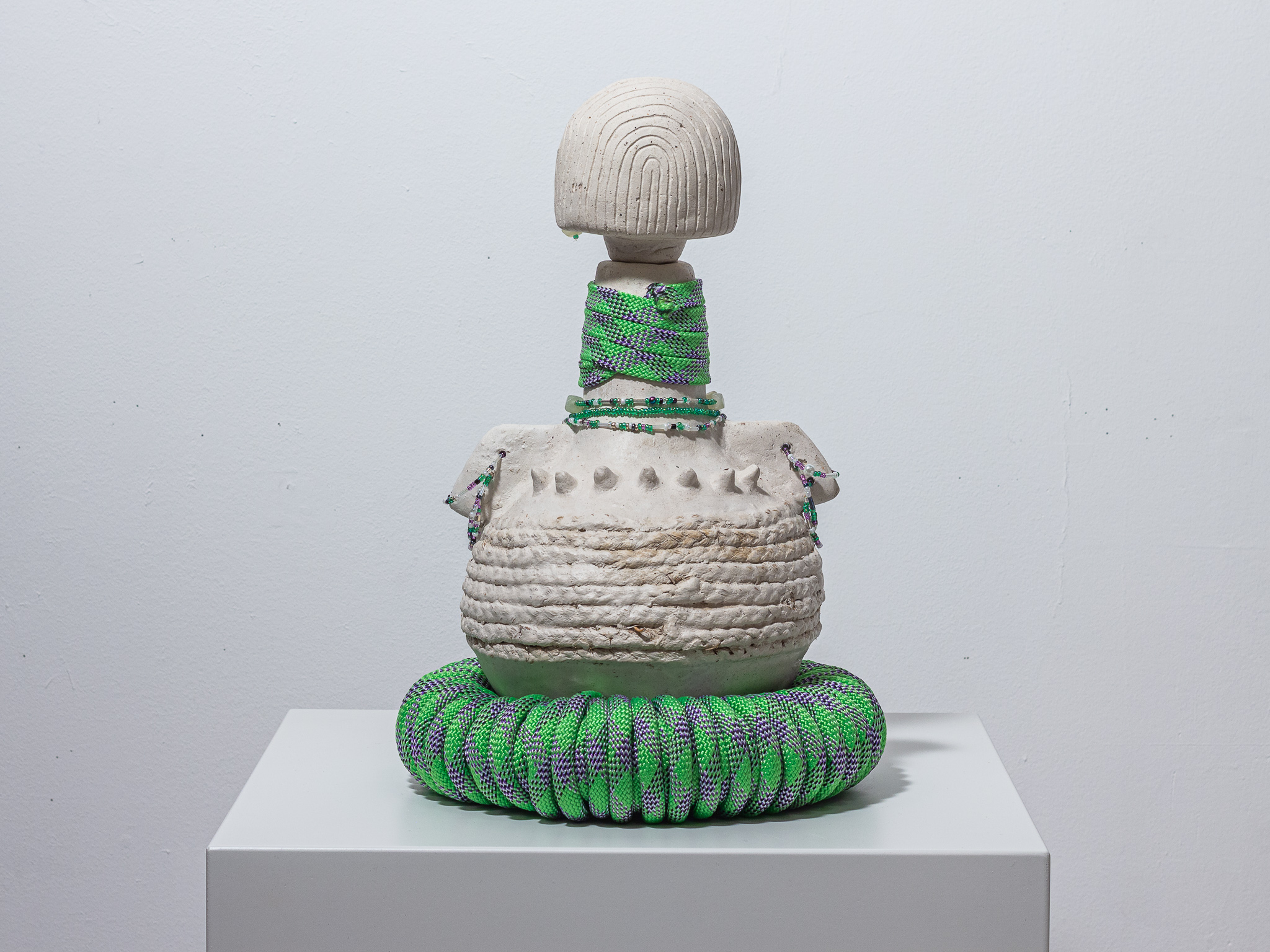 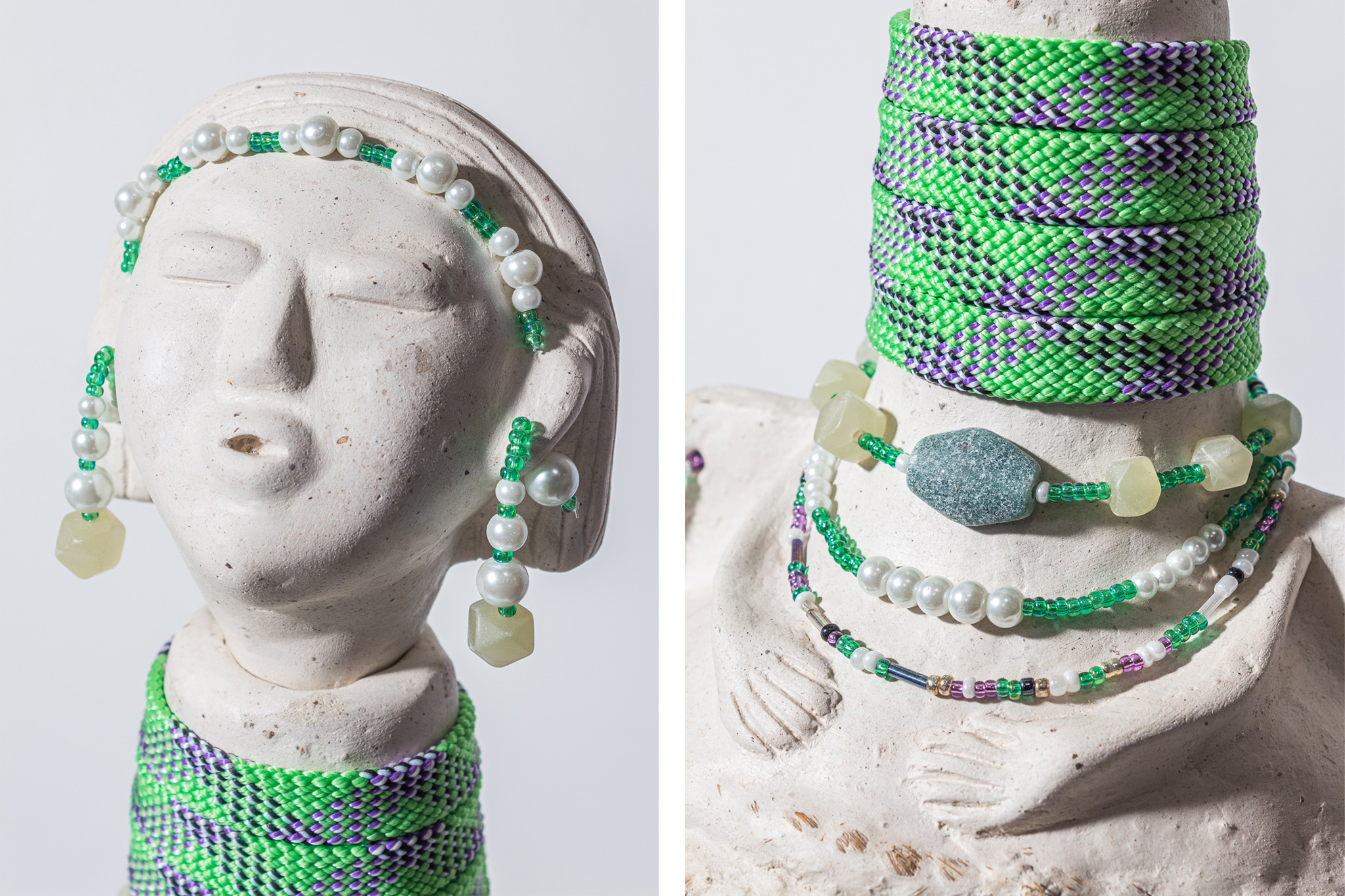 South East Spain is one of the most interesting archaeological landscapes in Europe, a vast region that thousands of years ago was home to Los Millares, El Argar, Iberian, Ancient Greek, Punic and Phoenician civilisations. At a time when natural resources, goods and gods were exchanged far and wide across the Mediterranean, different belief systems, rituals and myths gave birth to a rich material culture that is still being unearthed today. This project acknowledges the cross-cultural dimension of the so-called Iberian identity in a time when local artists were fascinated by materials, shapes and techniques coming as far as Greece, Egypt, Syria, Anatolia, Babylon and Scandinavia. It was from all these external influences combined with local traditions that Iberian culture was born. 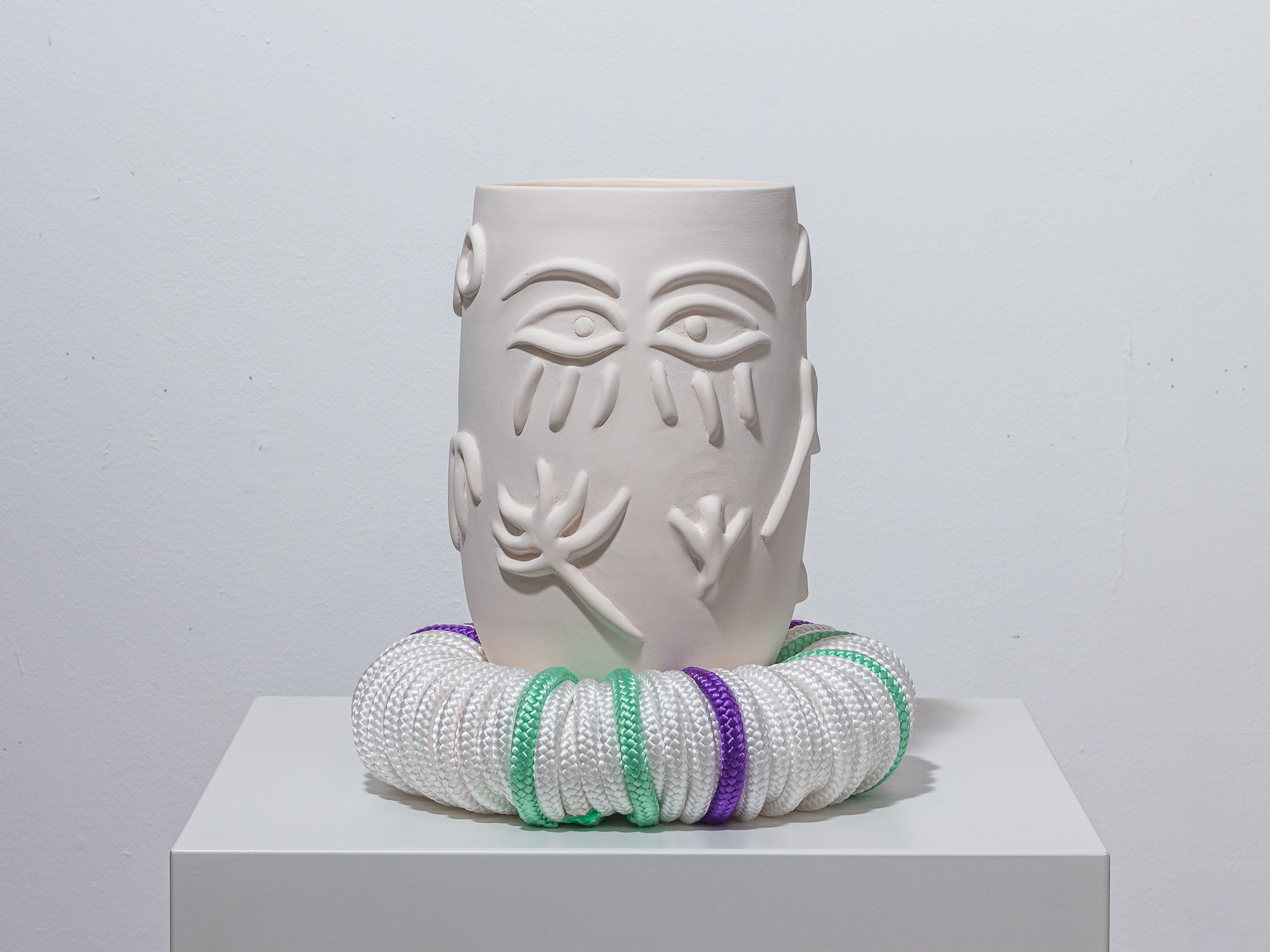 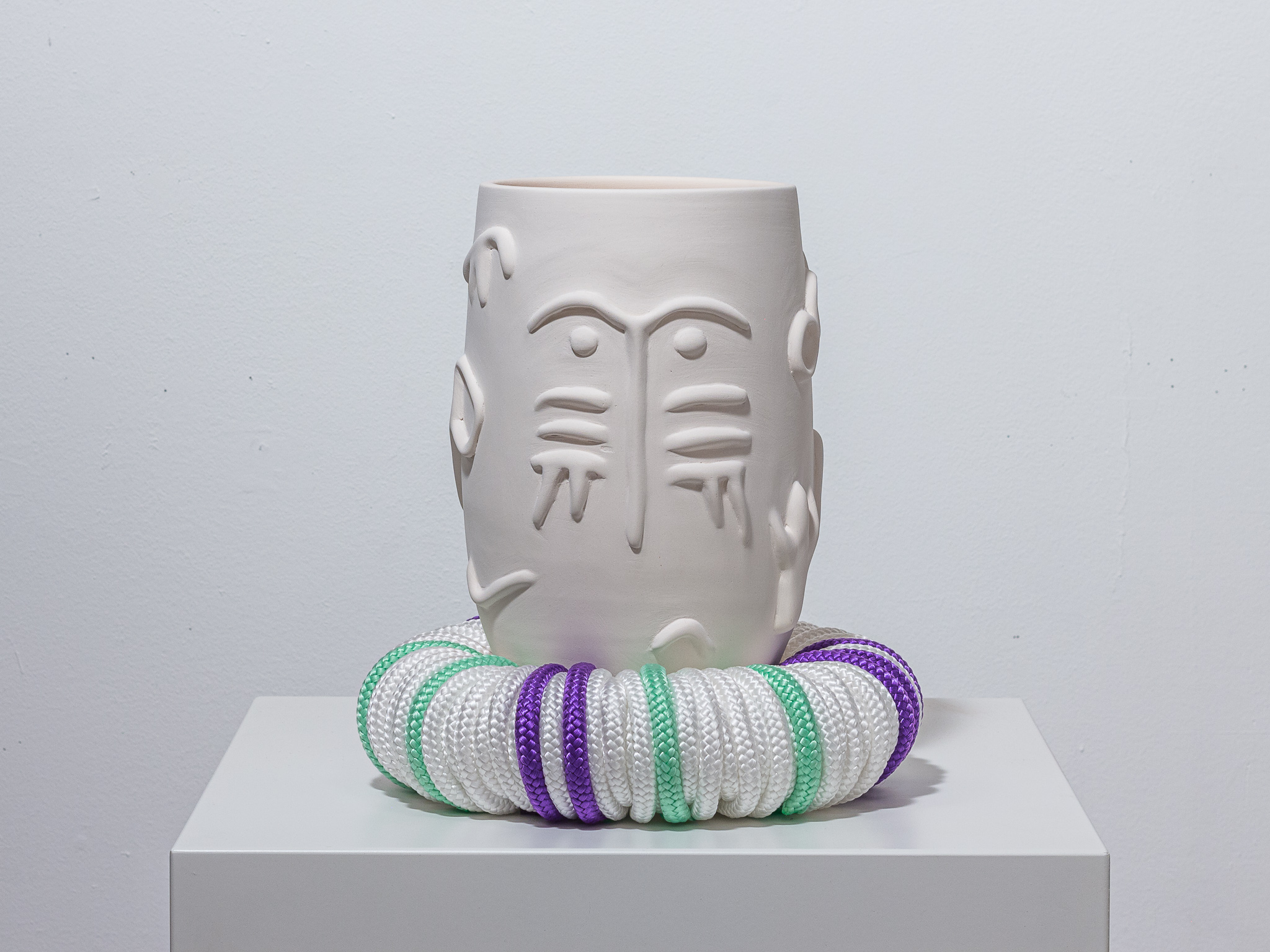 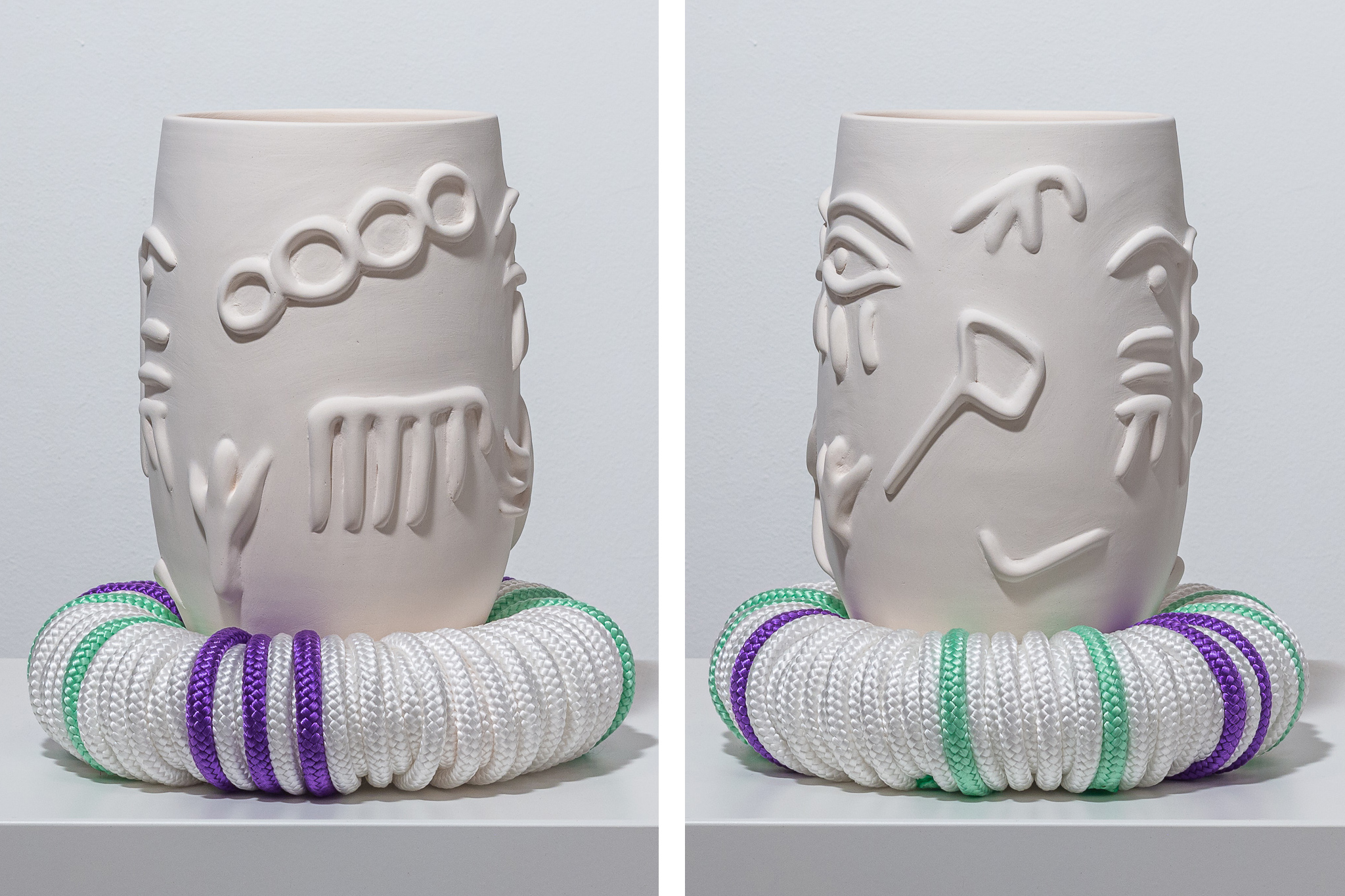 The idea for this project started when I came across the story of “El Corro and El Rosao”, two inhabitants from the town of Totana, Murcia, who in the early 1900s, inspired by local archaeological discoveries, sold hundreds of forged ceramic artefacts to collectors and institutions all over the world —the Louvre and the British Museum among them. First they looted and quickly sold several authentic pieces from the nearby archaeological site of La Bastida, so later on they decided to take advantage of Totana’s longstanding pottery tradition and decided to try forge their own. 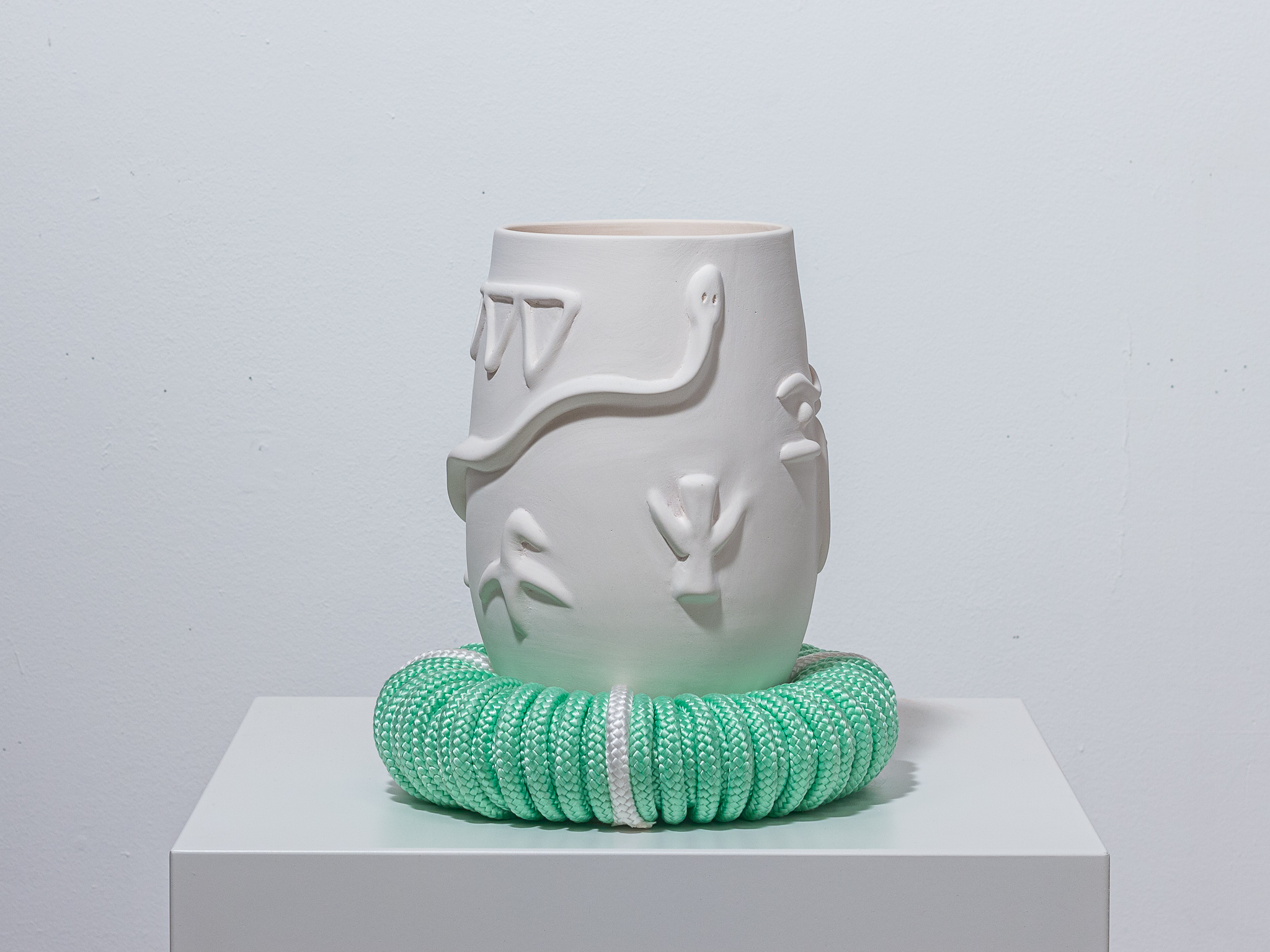 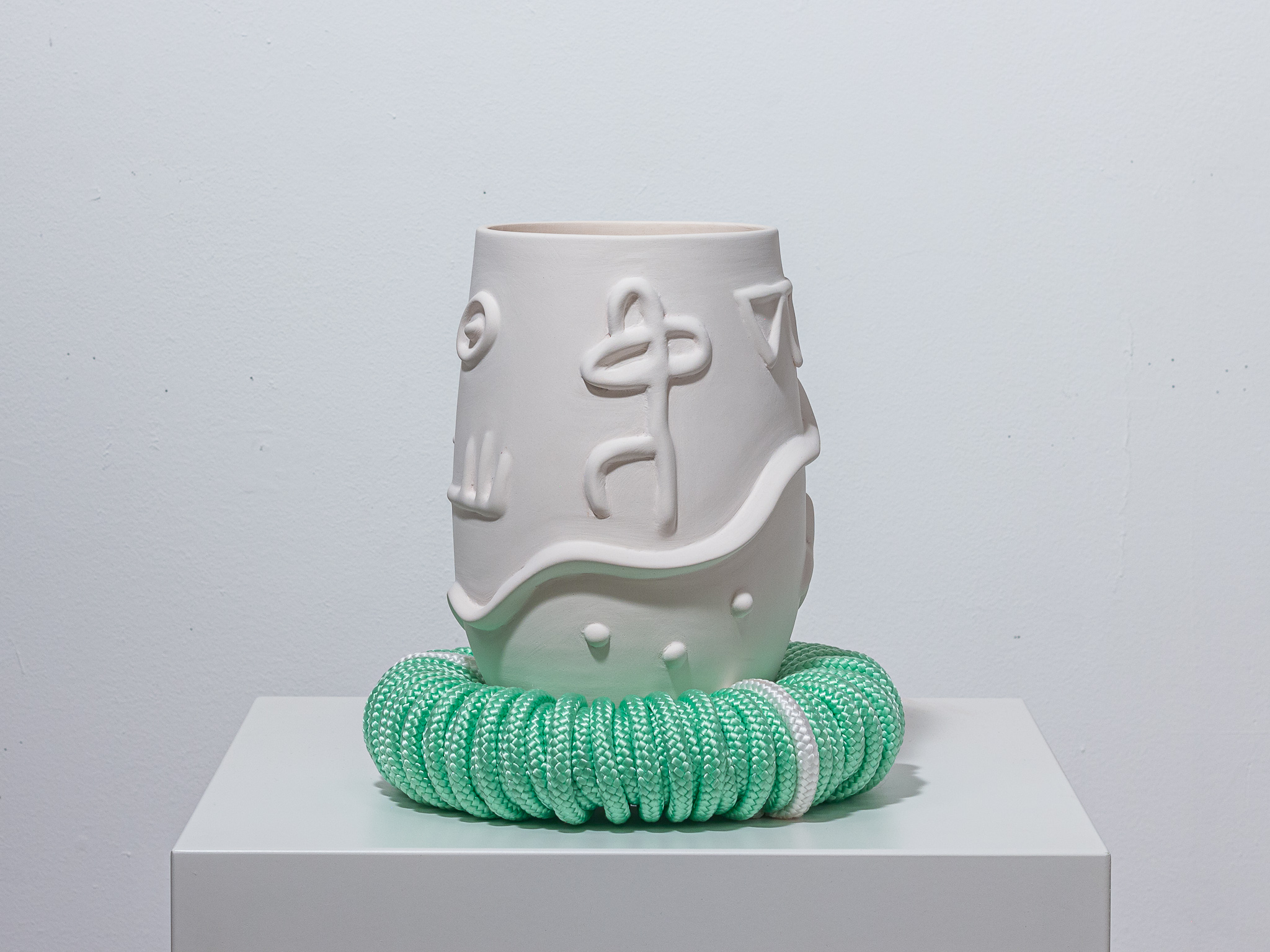 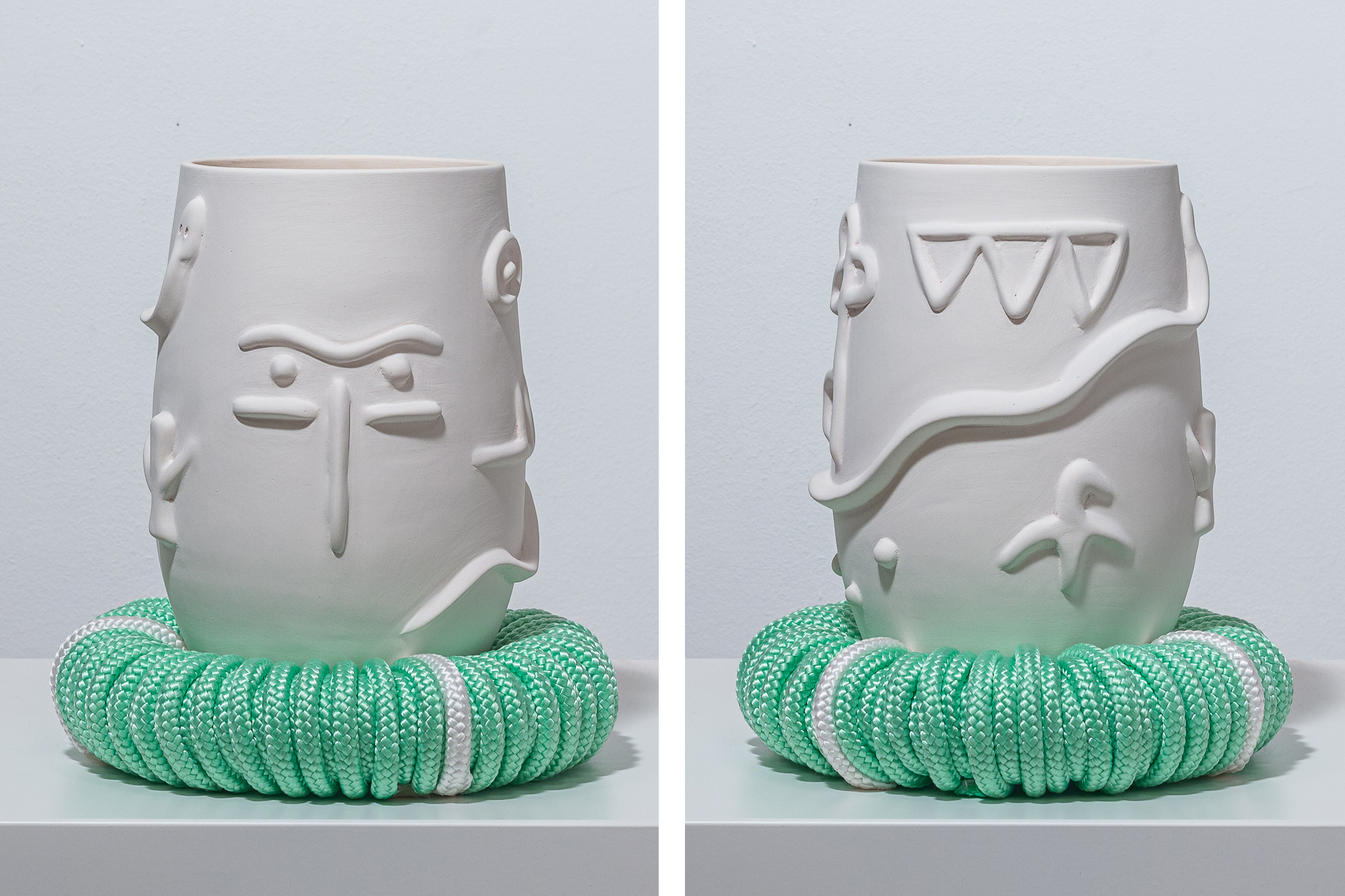 New ceramic pieces were buried inside ancient tombs and unearthed in the presence of potential buyers, who were amazed to be part of these ‘discoveries’. El Corro and El Rosao developed a very precise methodology —combining cow manure and sea breeze— that conferred the pieces with an ancient patina, making these forgeries virtually impossible to distinguish from real Bronze Age ceramics. According to researchers today, over several decades these reproductions found their way to archaeological collections all over the world. 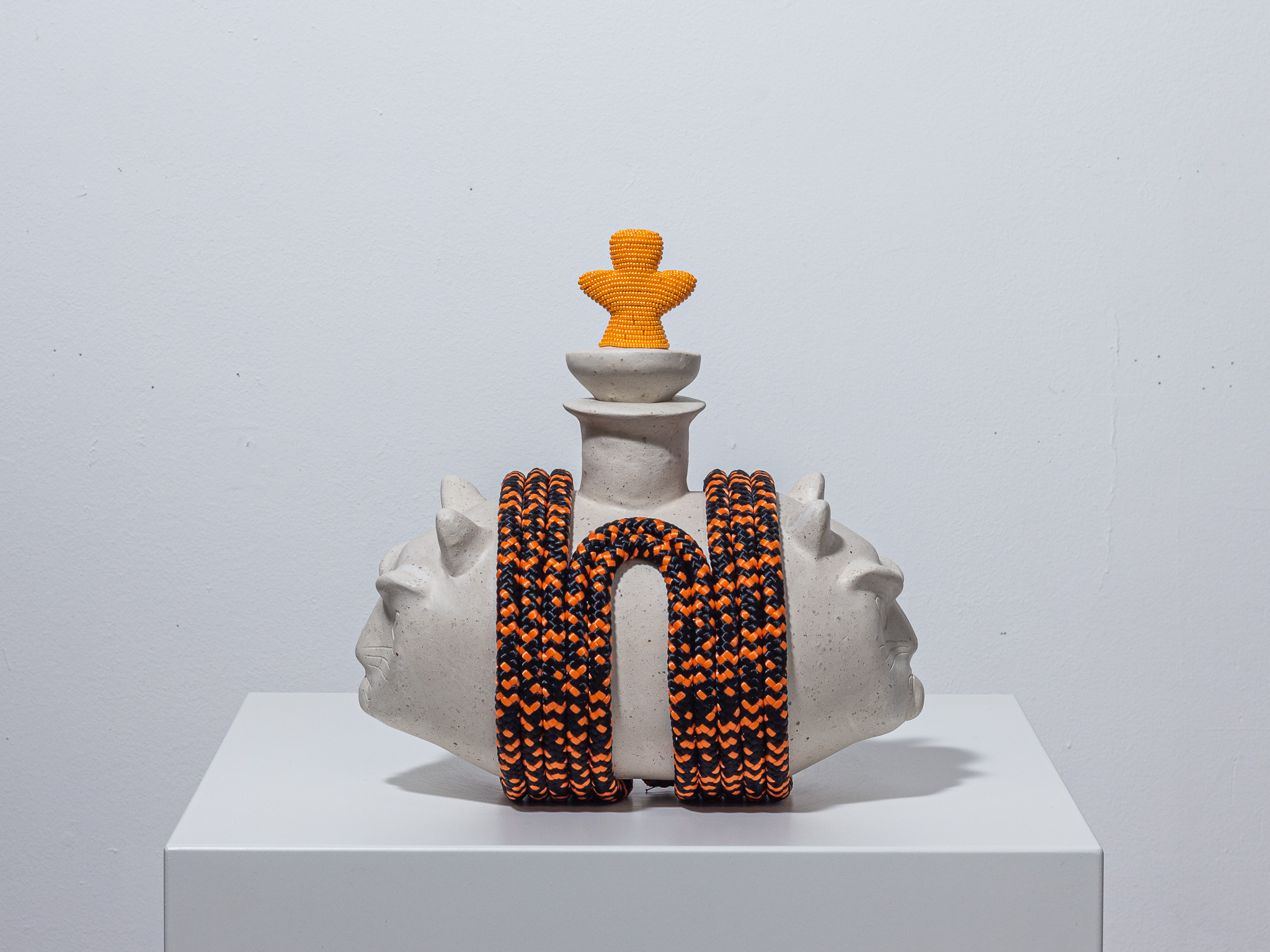 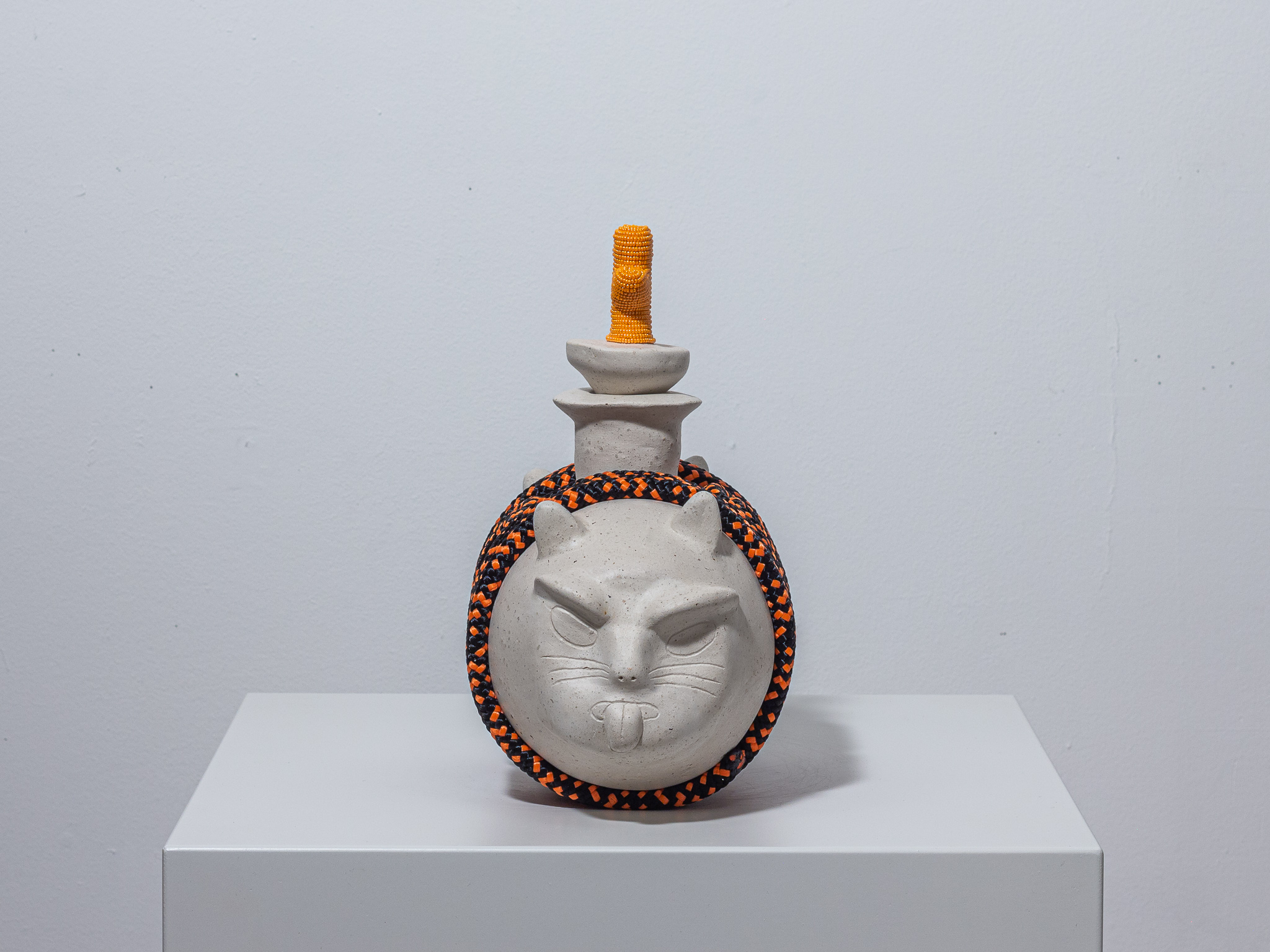 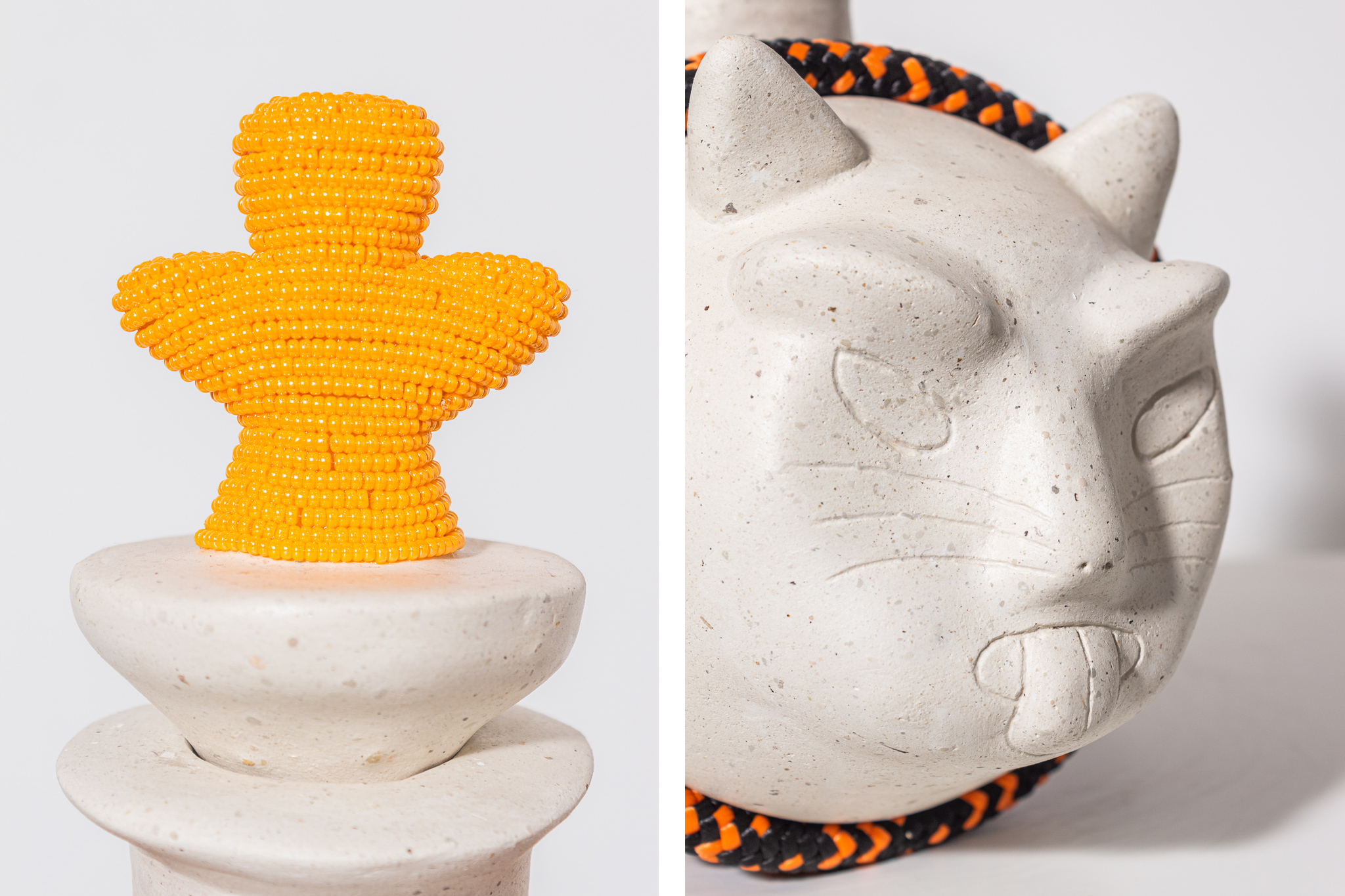 At some point, after many years of successful business, El Corro and El Rosao decided to expand their business beyond the Bronze Age minimalistic ceramics characteristic from El Argar culture, and decided to come up with their own creations in clay, stone and bronze. They included anthropomorphic and zoomorphic shapes, characters from the Iberian alphabet —that remains undeciphered today—and even motifs from pre-Hispanic cultures, marketing them as extremely rare and unique archaeological treasures from the Iberian Peninsula. Their ambition and creativity betrayed them and quickly some experts pointed out to the fraud. Nevertheless, those who were fooled by this scam —often wealthy, educated collectors and aristocrats— did not want to be associated with this scandal, and so the business carried on for years. 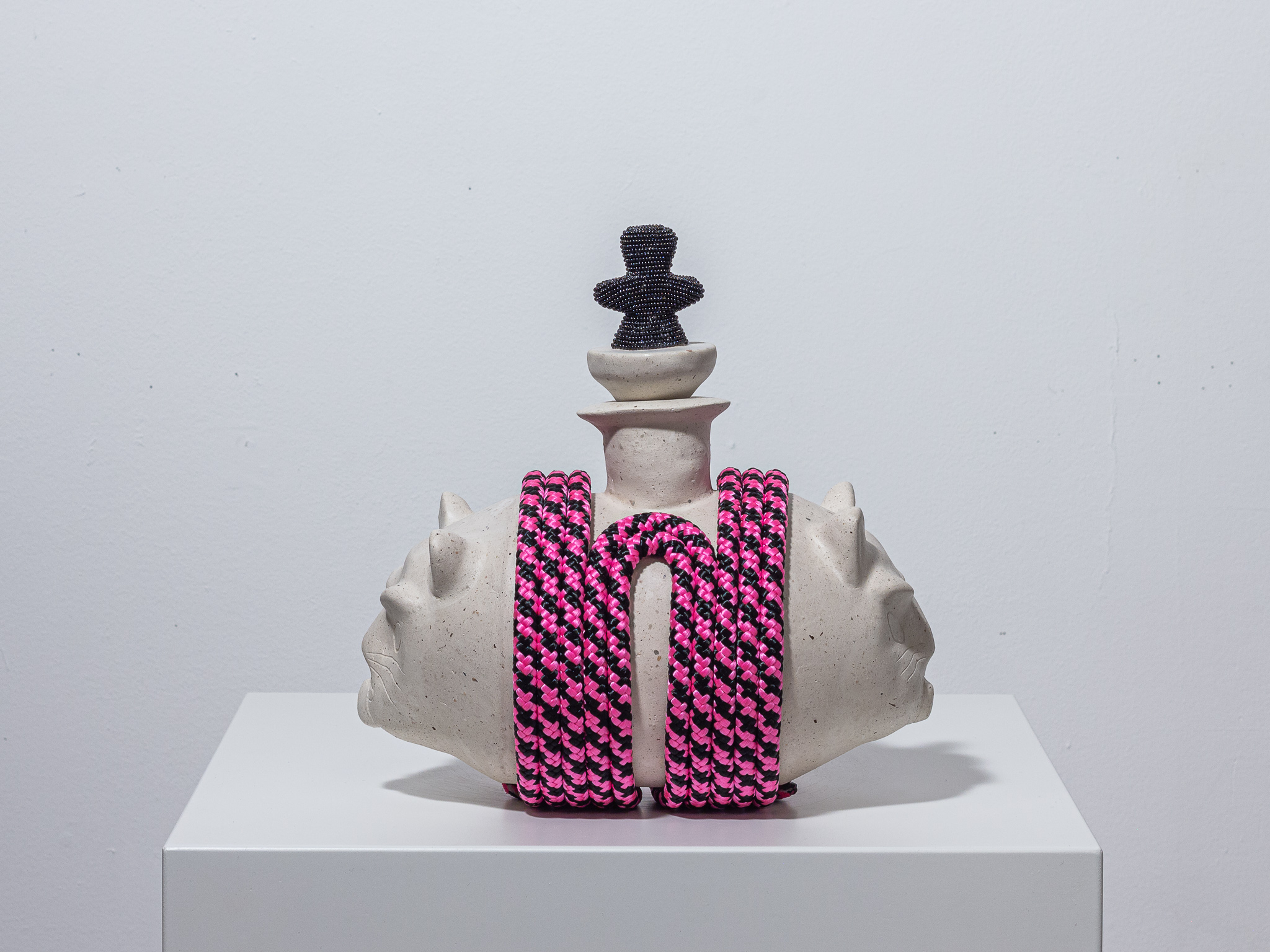 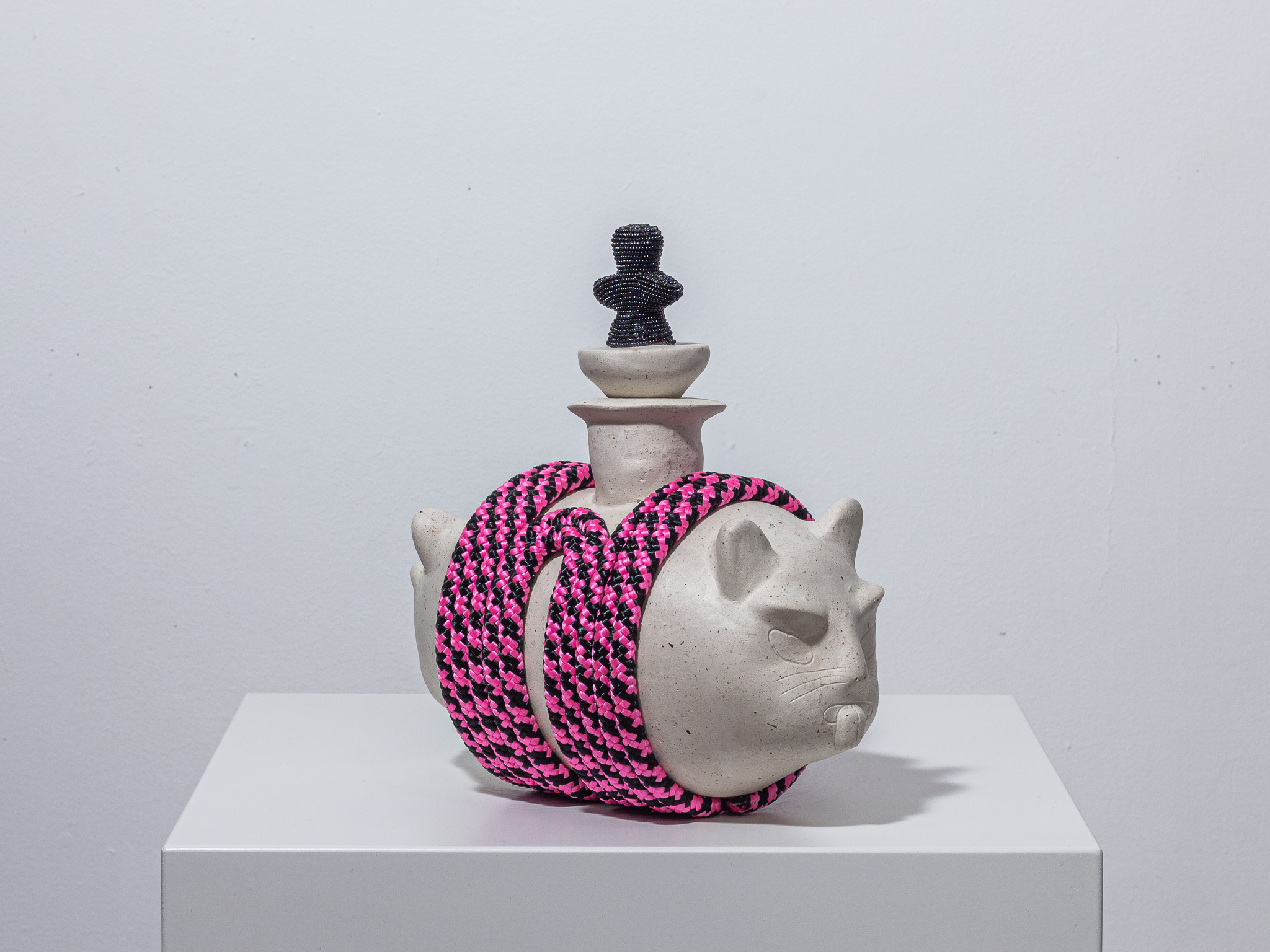 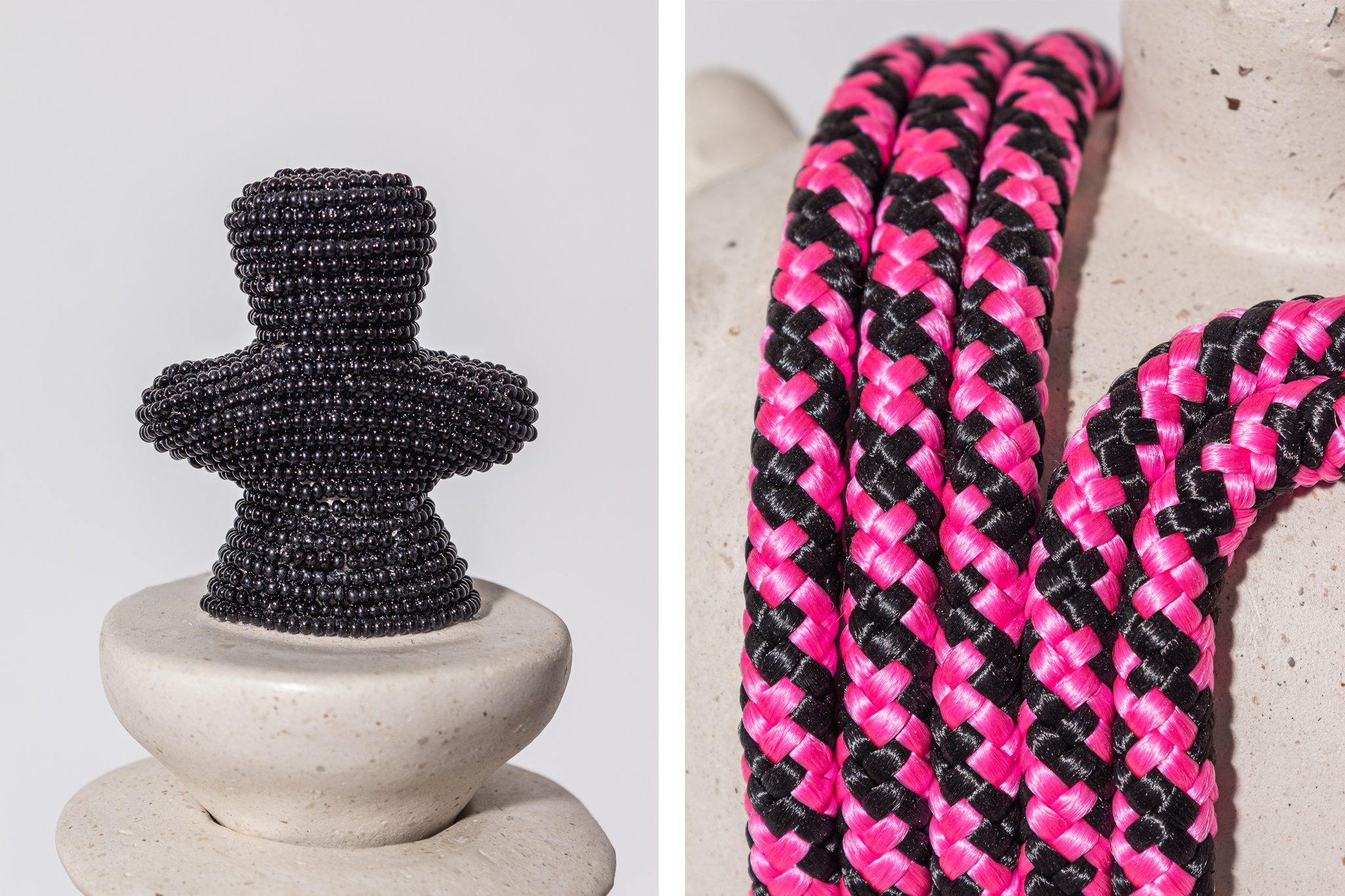 But this is not the only story involving forged archaeological artefacts in Spain. In the 1870’s Vicente Juan y Amat sold several superb Iberian sculptures to the newly founded Museo Arqueológico Nacional MAN. These were found by him in the sanctuary of El Cerro de los Santos, built in the 4th century BCE. Beautifully carved in local stone, more than 300 pieces have been found here, mostly depicting women or goddesses with a clear votive function. After gathering all the pieces he could find, and seeing the interest from museum’s director to acquire anything coming from this sanctuary, Vicente Juan y Amat decided to make his own. 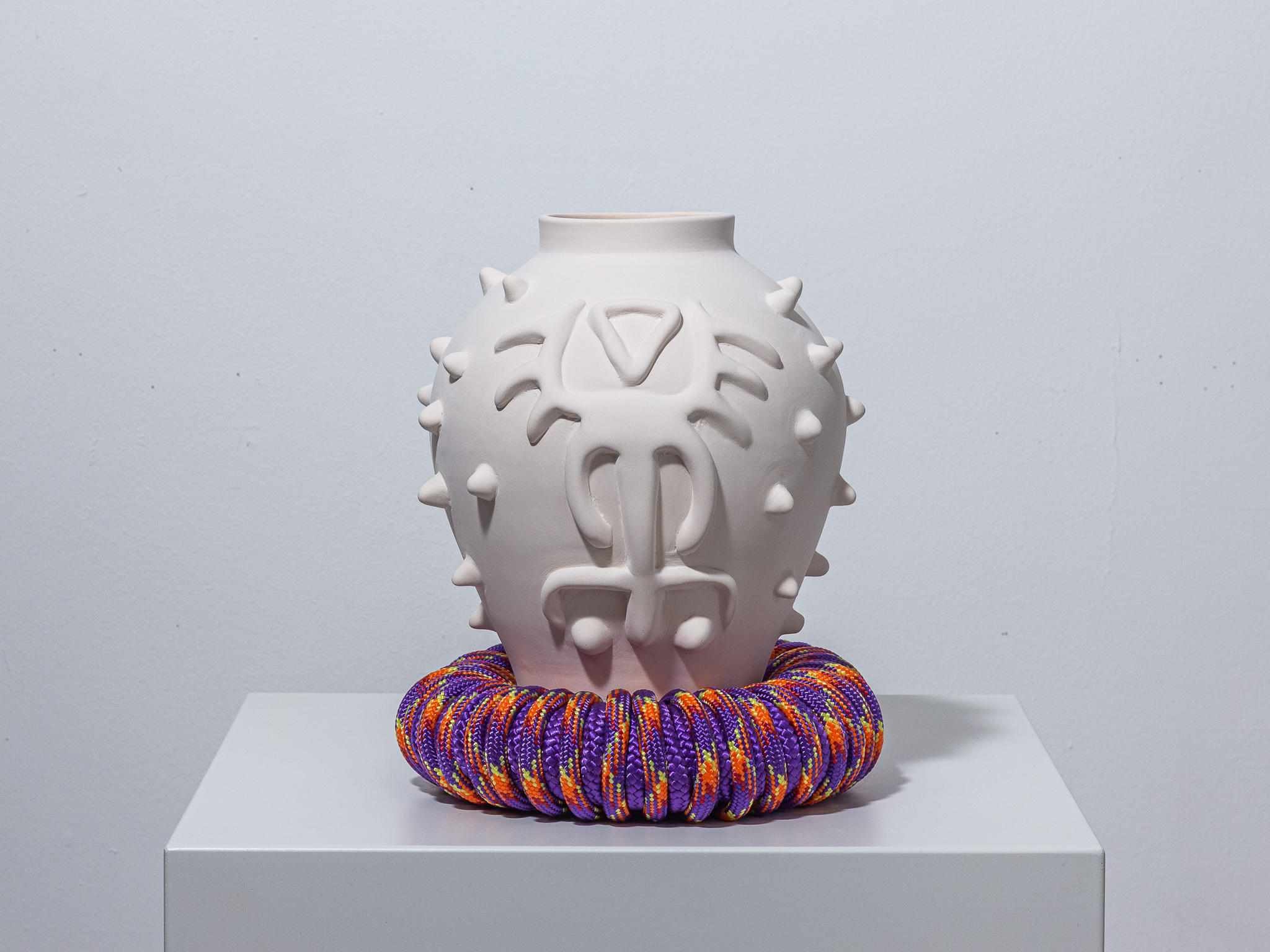 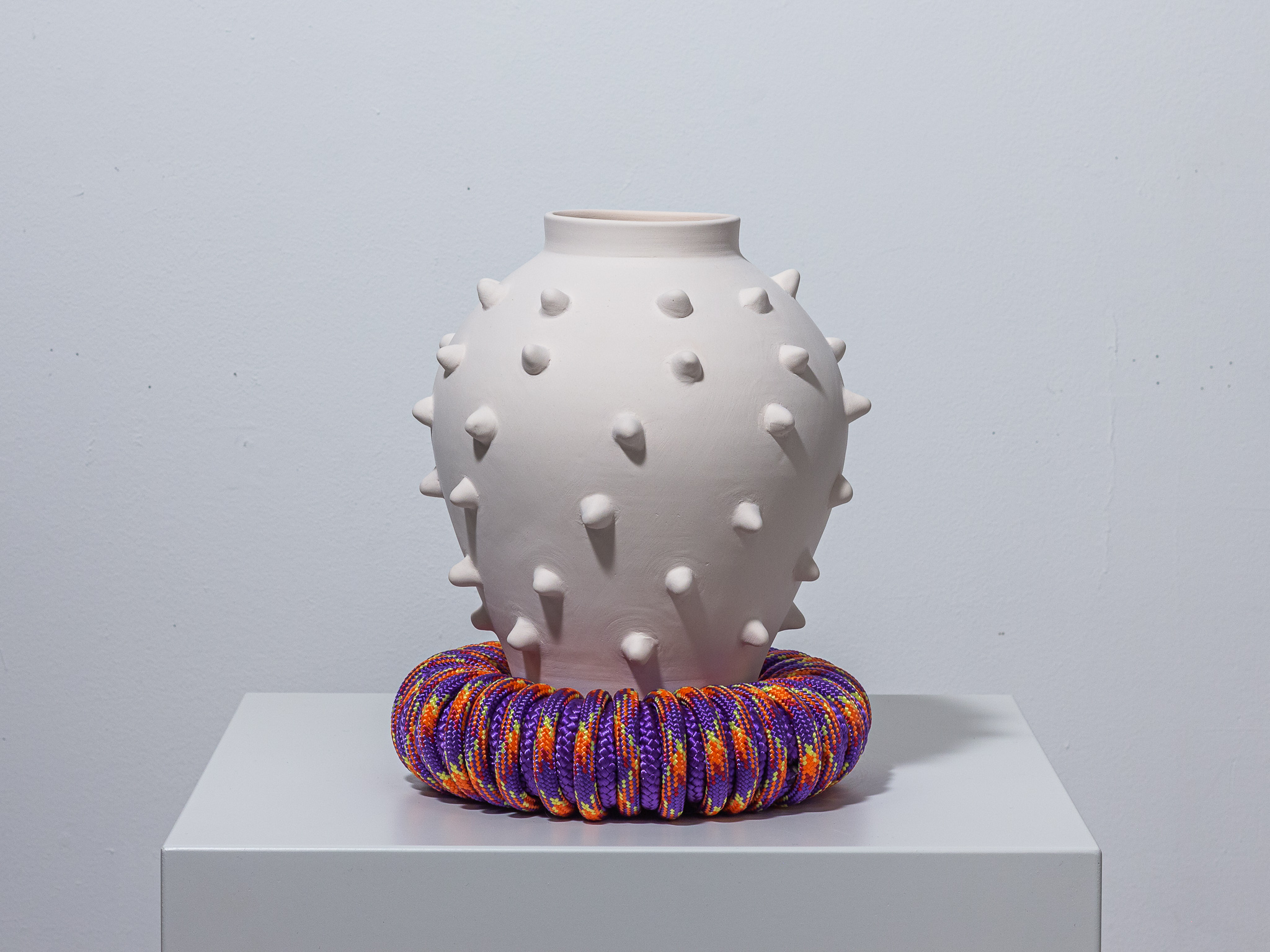 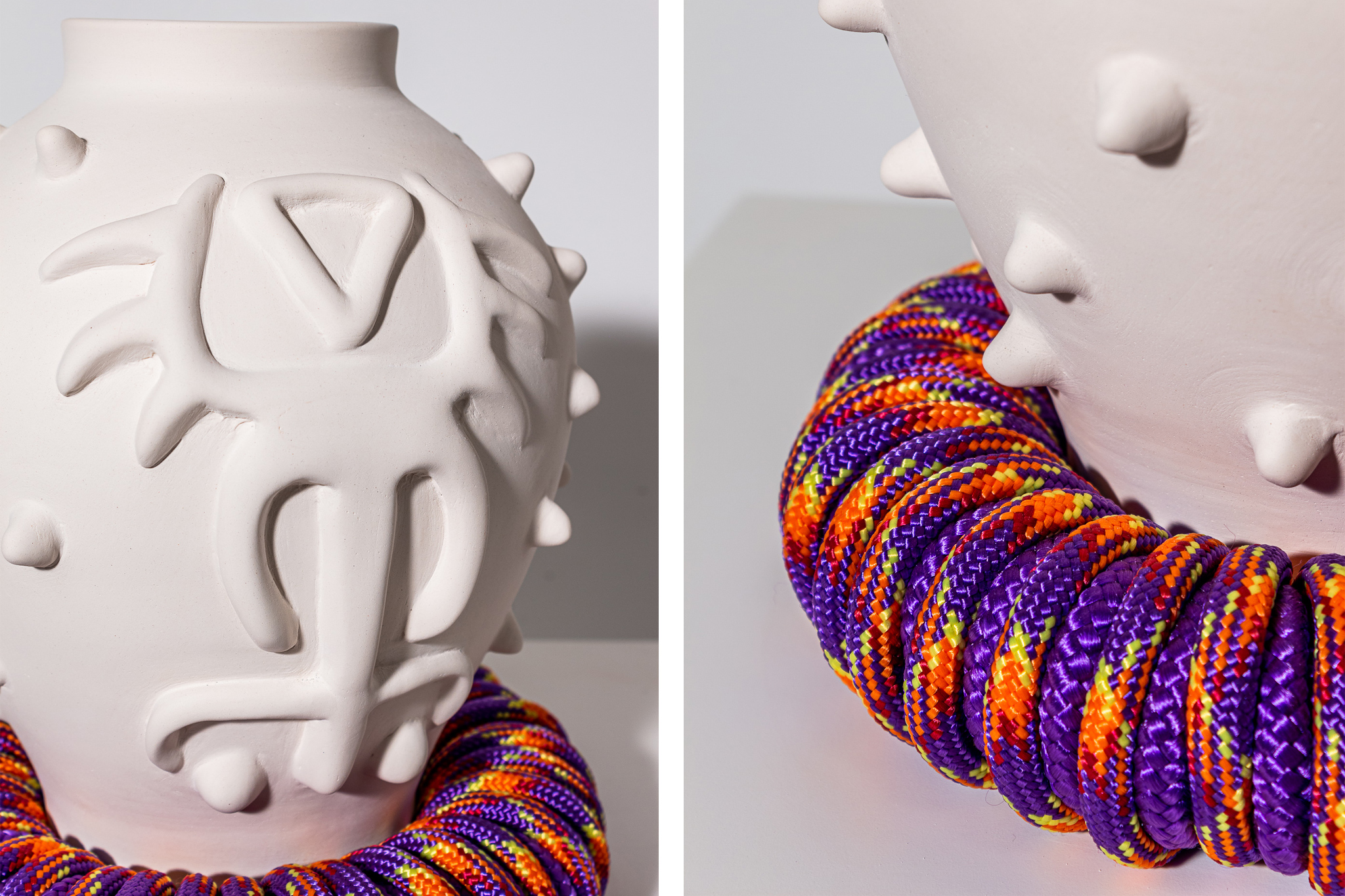 He went as far as modifying authentic pieces, adding suns, moons and other astronomical symbols to make the pieces more exotic and increase their value. With his skills as a watchmaker, inspired by oriental/Egyptian aesthetics and working with the same local stone, many forgeries looked authentic at first sight and found their way to the MAN’s collection. The fraud was discovered by the international archaeological community while examining some of the pieces at the 1873 Vienna World’s Fair, an enormous setback for Spanish archaeology. Years later, several studies and publications helped establishing the authenticity and immense value of most of the pieces, but the forgeries are still part of MAN’s archaeological collection, cautiously labelled as ‘possibly false’. 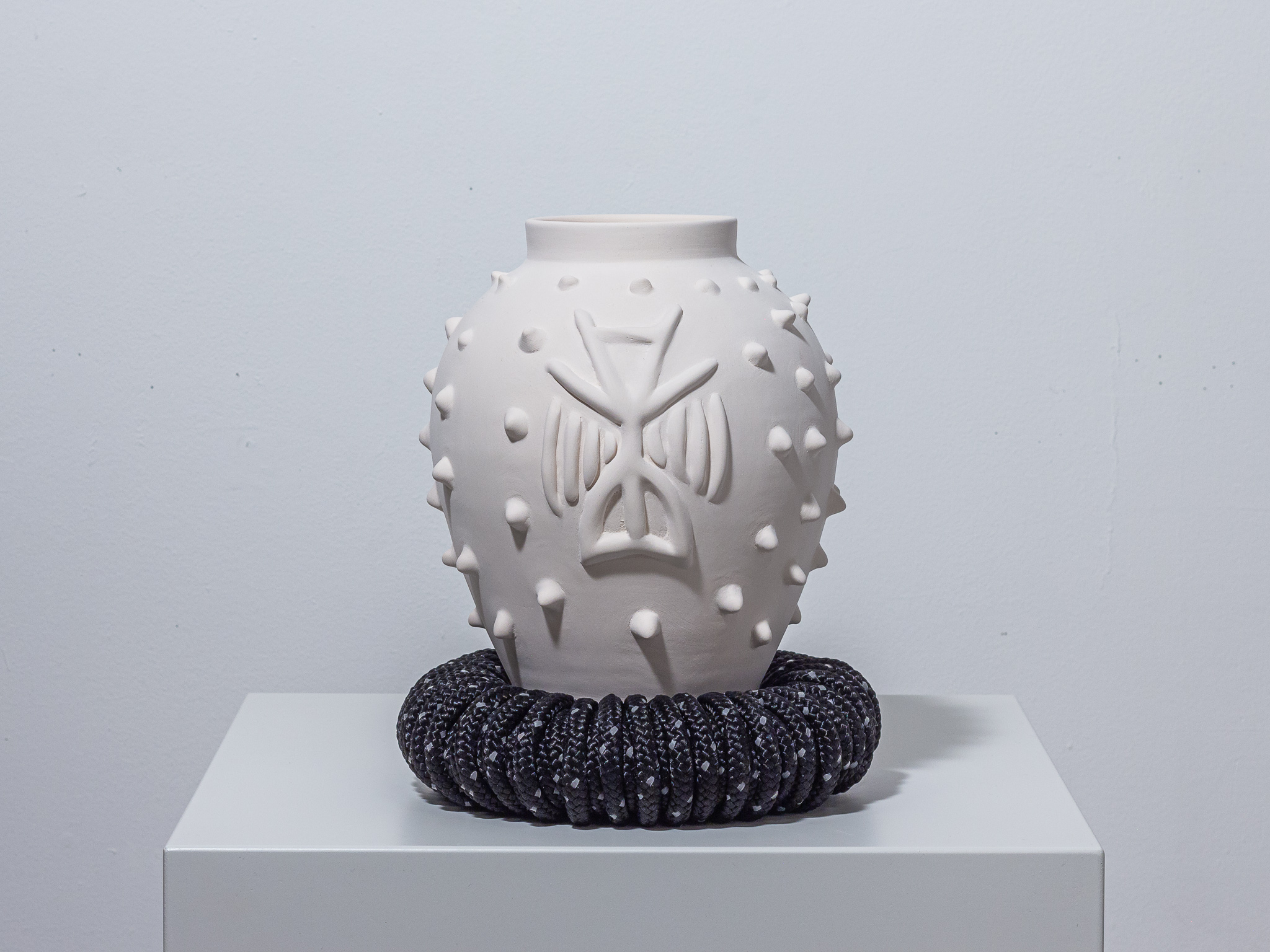 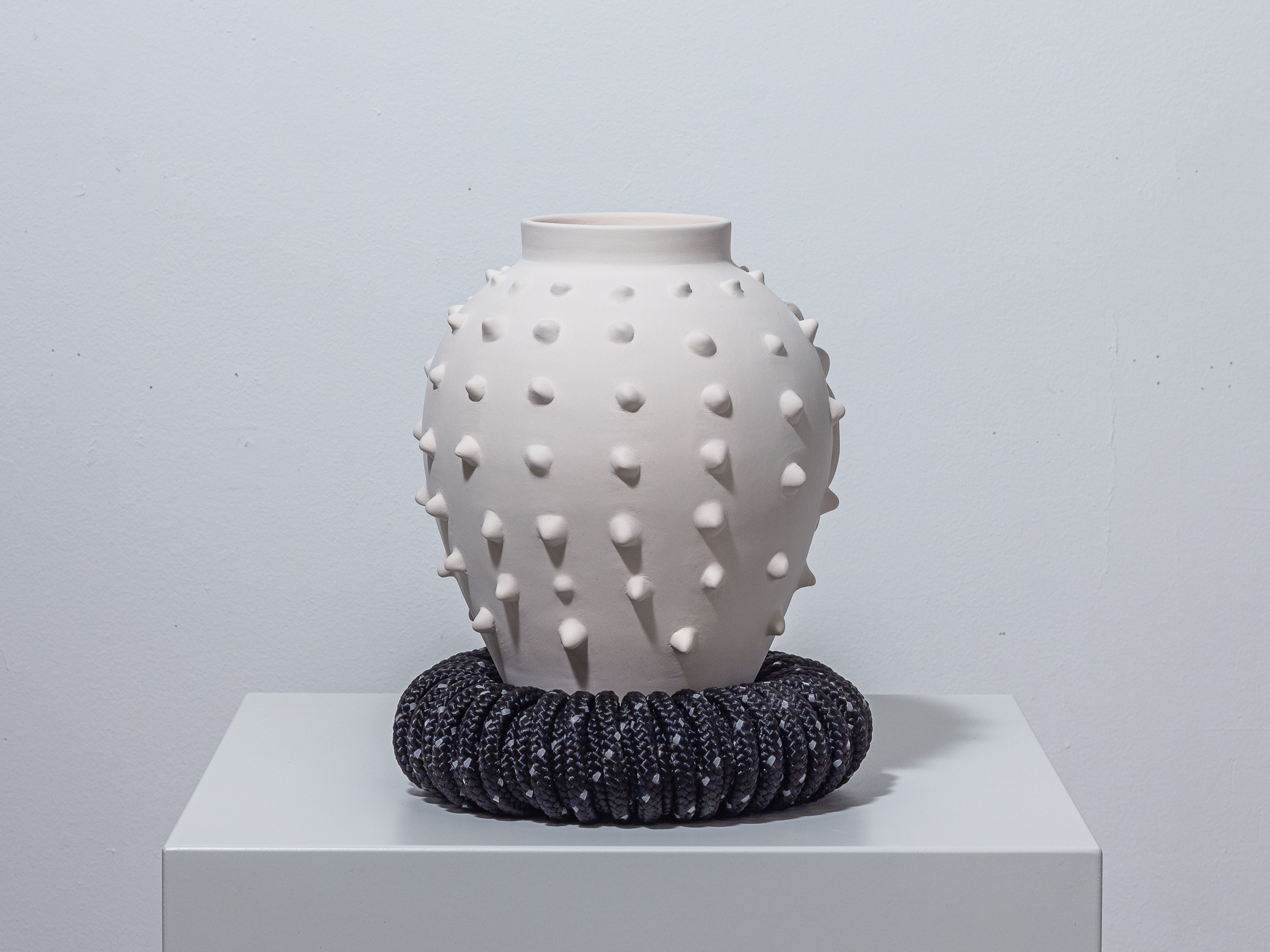 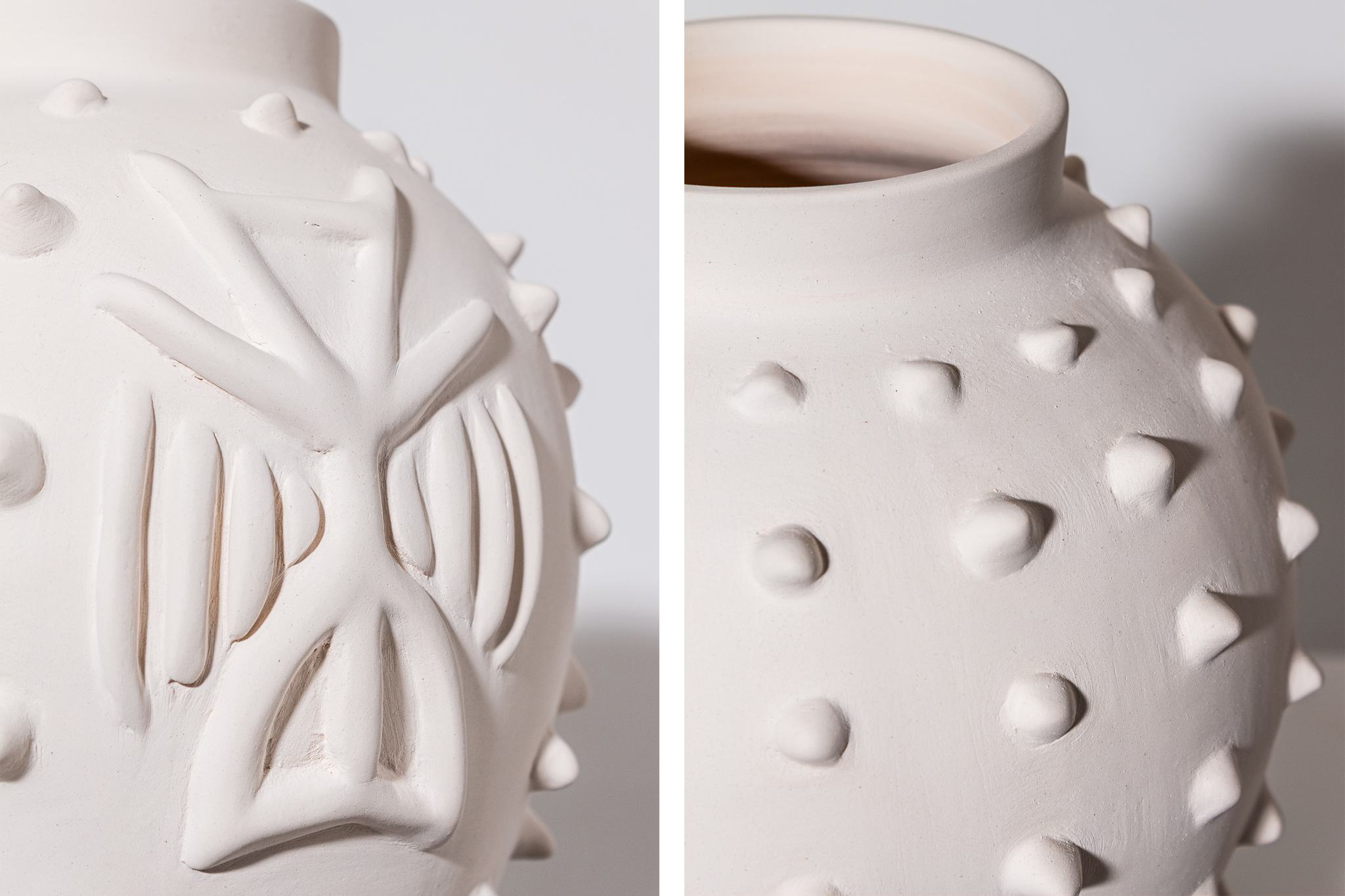 Following the footsteps of “El Corro y el Rosao”, I spent several days in their hometown of Totana working with local potters. During this improvised collaboration, following a creative process not different from the one described in the forgeries above, I created several ceramic vessels. The pieces combine personal stories with ancestral Iberian symbols, images depicting human-animal transformations… giving shape to my own’s vision of a future ancestral Iberian material culture. I feel these extraordinary stories speak not just about fraud but more importantly about alternative mechanisms for the production of authenticity. 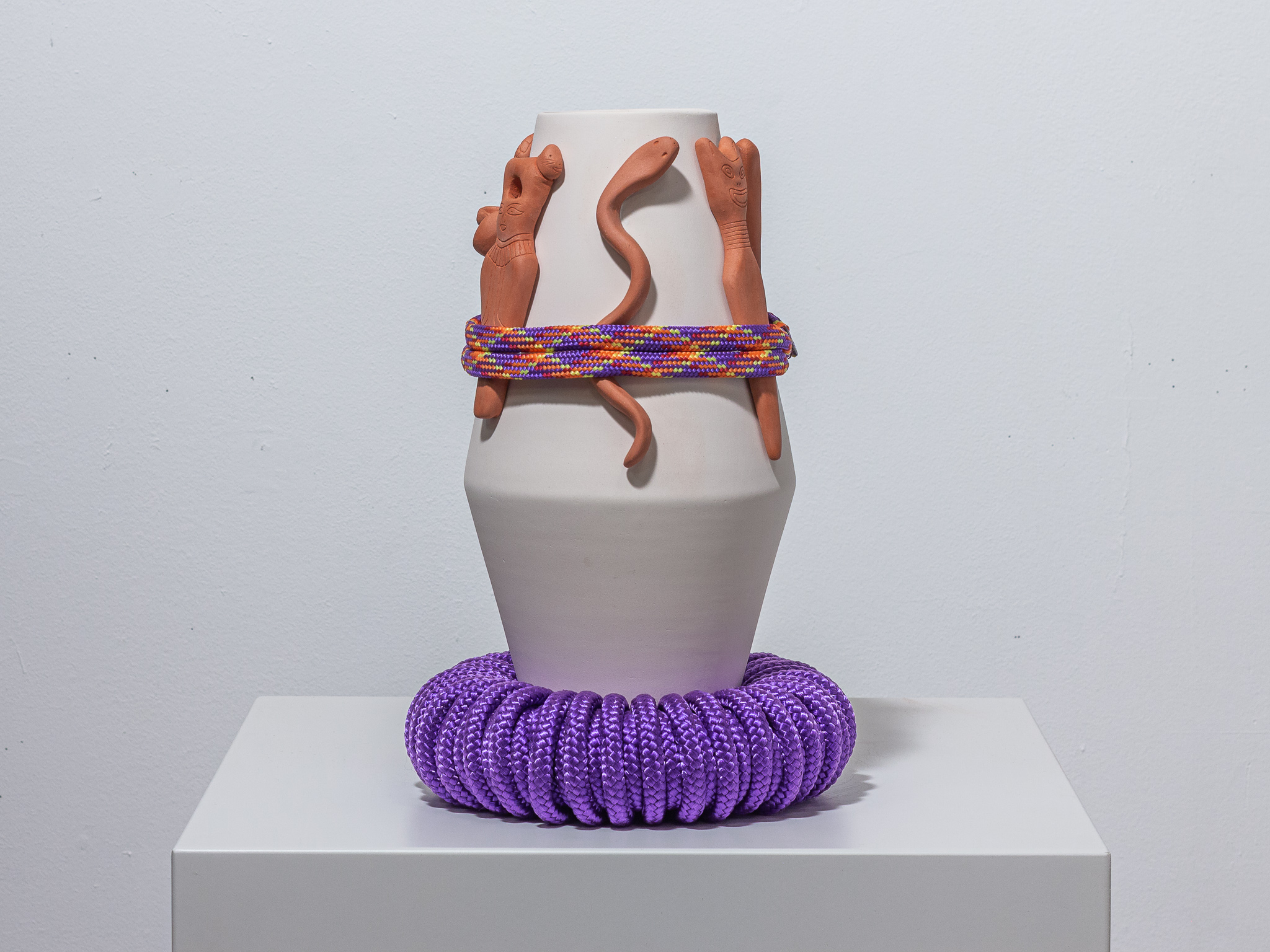 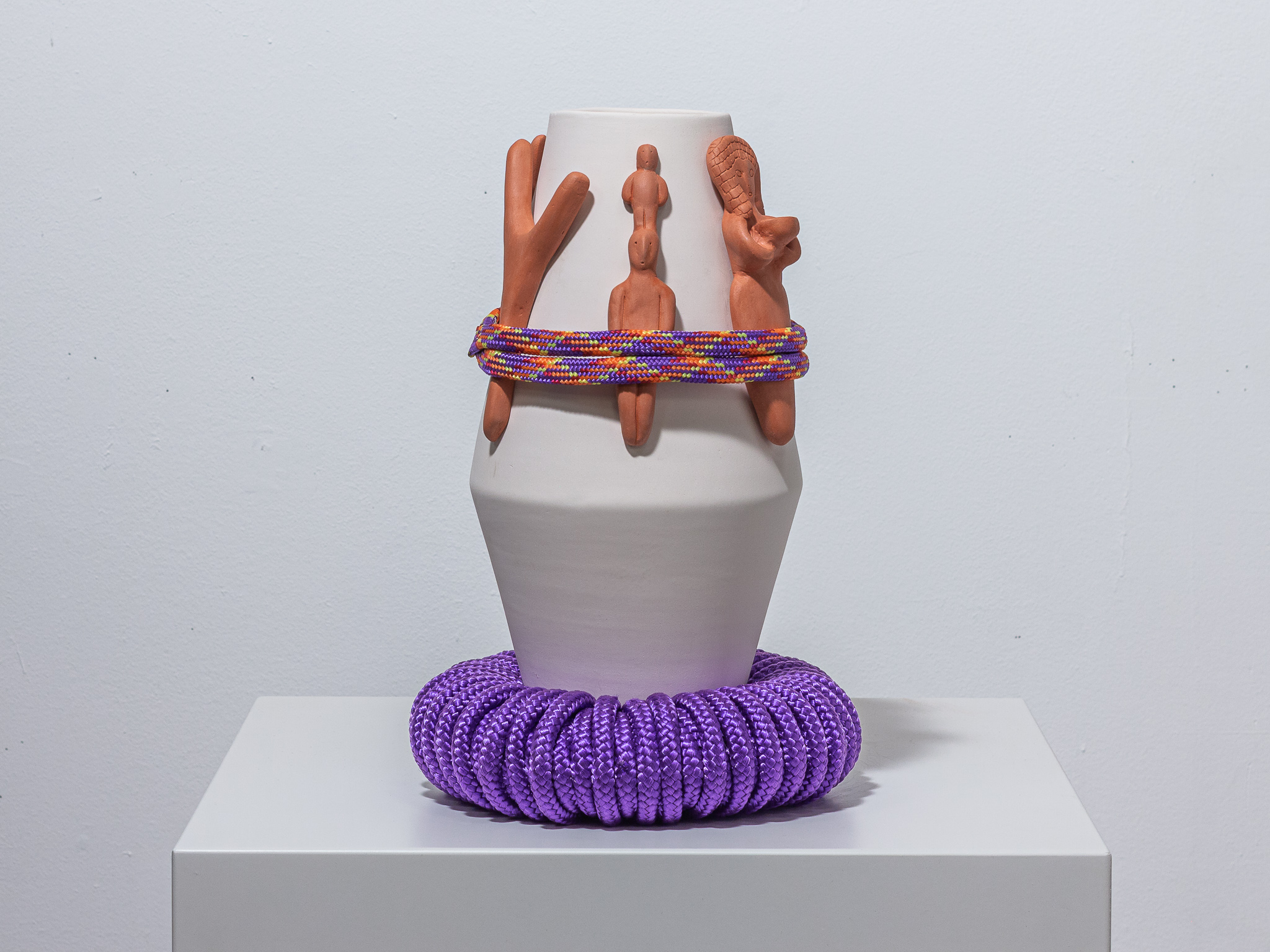 These forgeries were perceived as authentic for decades, still being preserved by archaeological institutions today despite of their false provenance. Is it possible that perhaps, some of their aura migrated from the originals to these forgeries? In this negotiation of authenticity, through the performance of buying and selling, a very specific form of memory was generated: a load of history, legend, beliefs and expectations. In the global, immediate world we live in today, what makes an object truly authentic? 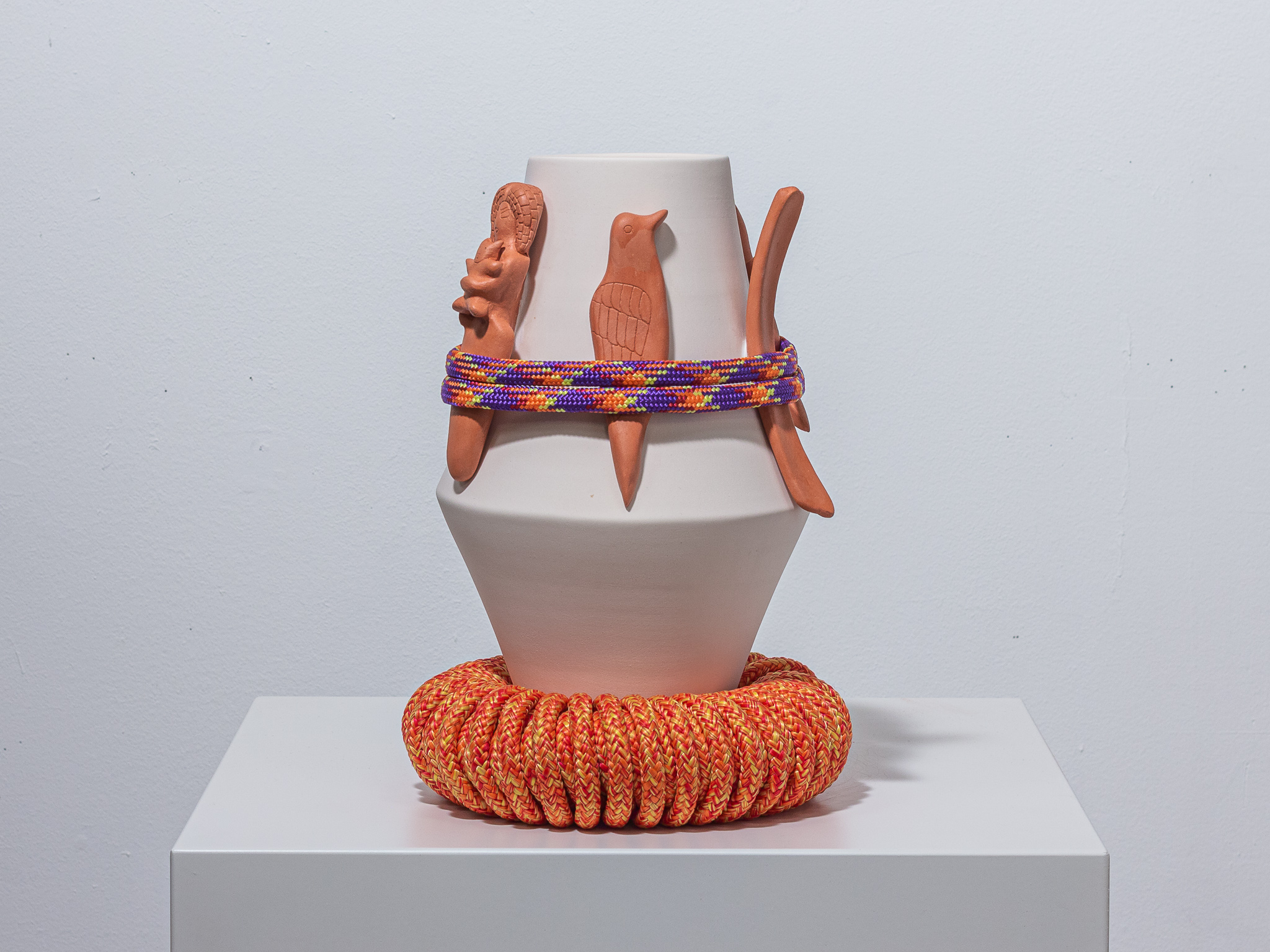 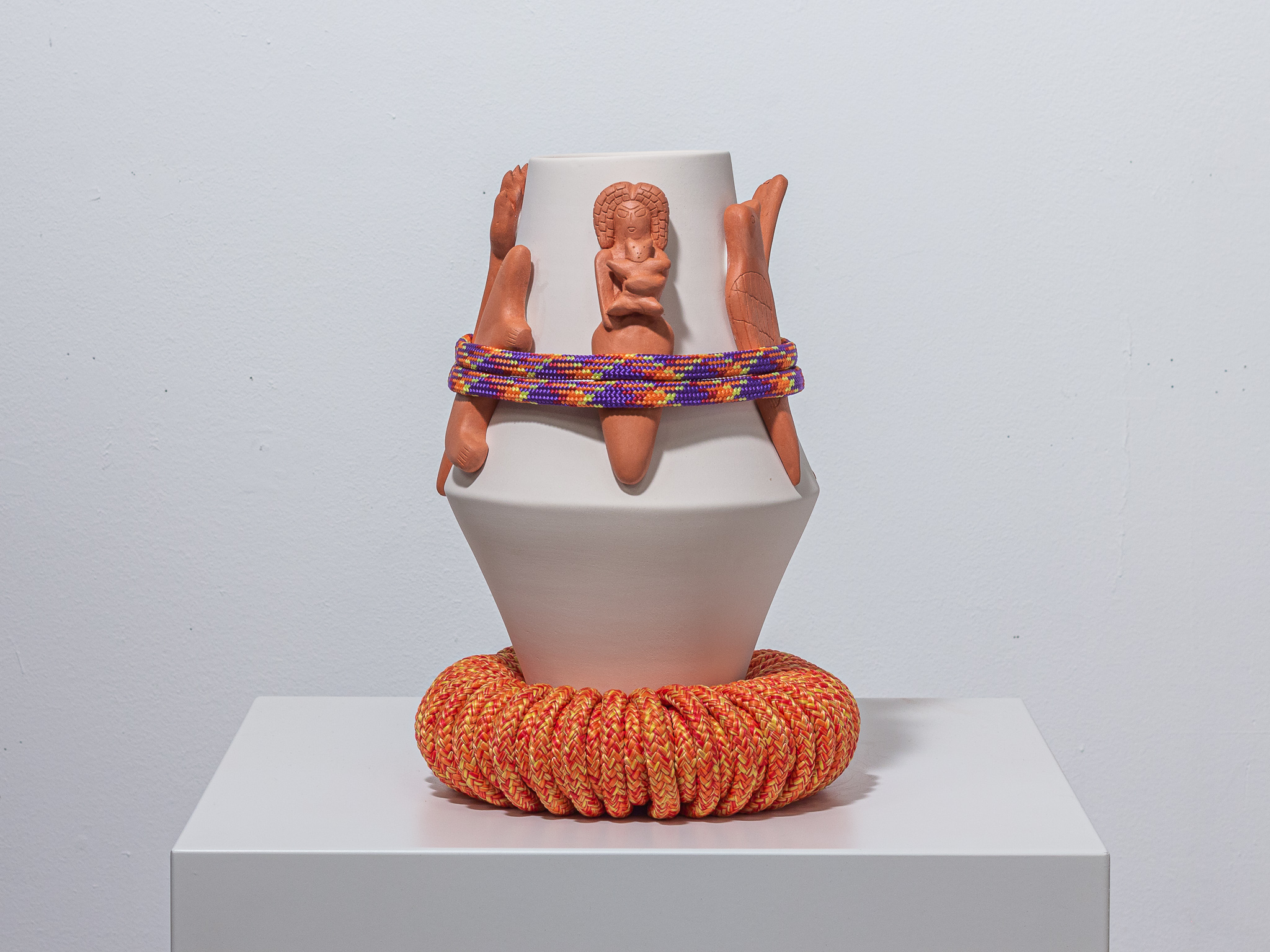 With the generous support of the S&R Foundation.

This project started as a 4 weeks residency at JOYA: AiR. My gratitude goes to Simon and Donna and all resident artists for their hospitality and support during this time.