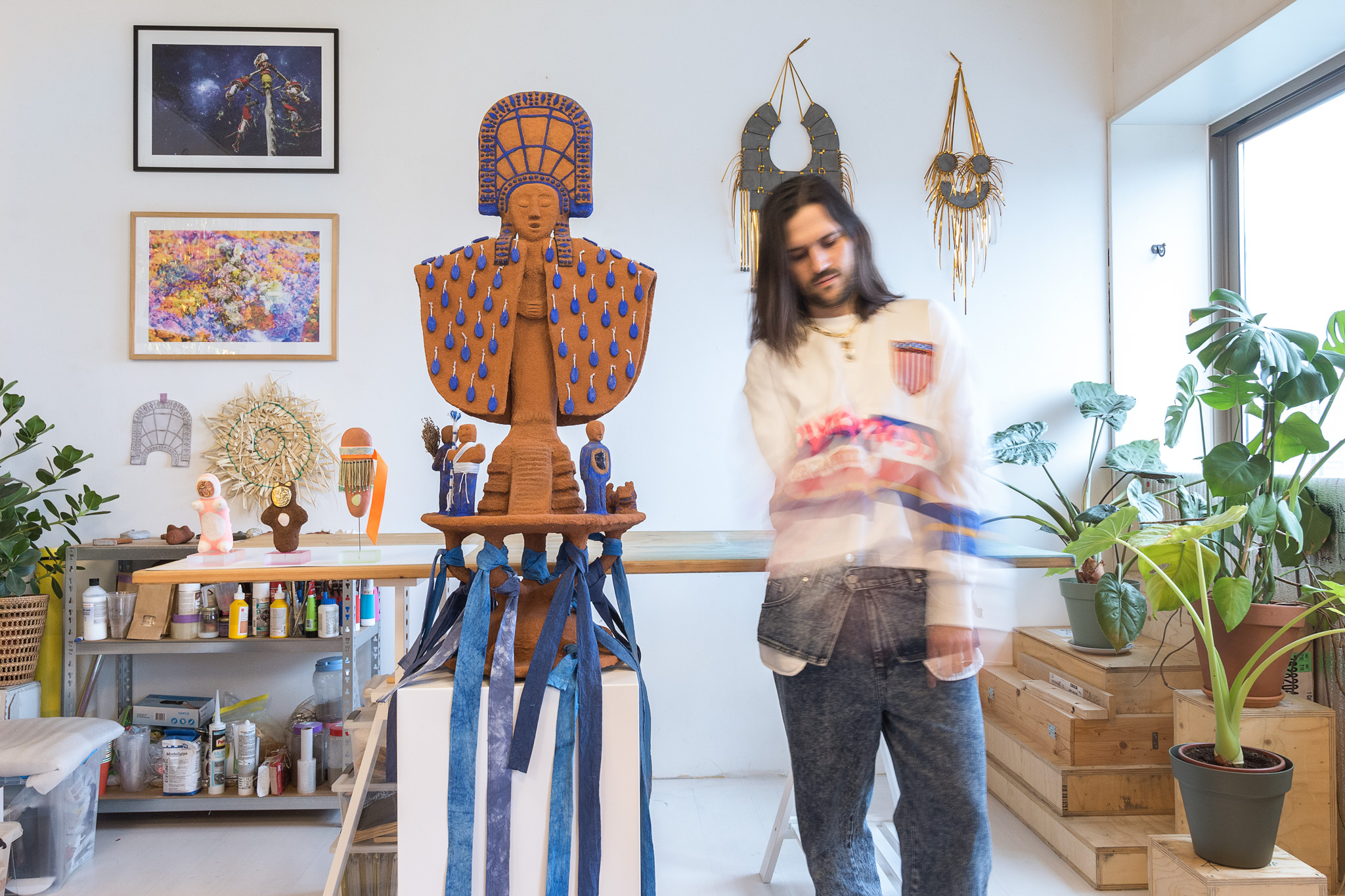 “There is a nebulous factor that successful artists and Jorge Mañes Rubio have. This factor is a relentless, yet stylish, drive to accomplish something significant, to make a difference, to fulfill a vision—in a big way. It’s inexorable. Jorge recontextualizes the common and overlooked in our society and reveals it to us in a way that makes us know more about what we thought we already understood. And he does it with a warmth or humour that includes us—not excludes or demeans. There’s a compassionate, shared, embracing energy to his art. It draws us in, makes us more aware and more human.”

Jorge Mañes Rubio creates artworks that rethink humanity’s relationship with the universe and all the beings that live in it — whether human, nonhuman, material or spiritual. His practice revolves around the intangible power associated with certain objects and images, reframing them as active matter: something that can be handled, experienced, and ultimately activated. His works can be described as material embodiments of thoughts, emotions and memories, always in the process of becoming.

Based in Amsterdam, he graduated in Design Products from the Royal College of Art London in 2010. He is also co-founder of the Design Museum Dharavi, a TED Senior Fellow and a recipient of the S&R Foundation Washington Award. He has recently collaborated with the European Space Agency on a pioneering project that reimagines the future of space exploration, turned into a thought provoking TED talk.